Northern Ireland's autumn 2021, with a mean temperature of 10.95°C, was its warmest ever since records began more than 135 years ago. 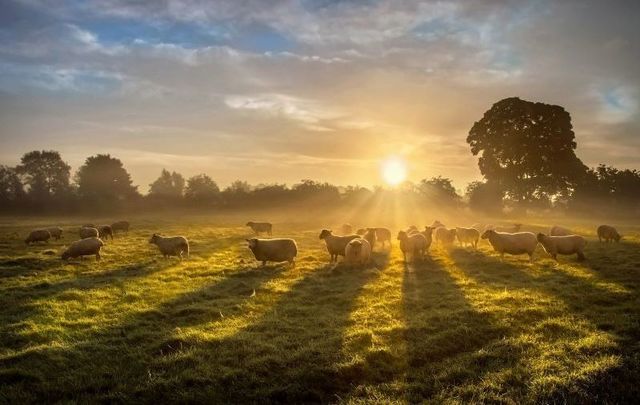 Autumn 2021 was the warmest on record for Northern Ireland and third-warmest for the UK according to provisional figures released by the Met Office today, December 1.

Northern Ireland's mean temperature recorded across September, October, and November 2021 was 10.95°C (51.71°F), making the period the warmest on record for the region.

Overall, autumn 2021 was the third warmest ever recorded for the entire United Kingdom, with records dating back to 1884.

The Met Office notes that Northern Ireland's record-setting warm autumn "continues a spell of often unusual heat or warmth, following its third-warmest summer on record, during which they broke their all-time temperature record with 31.3°C recorded at Castlederg during July."

Northern Ireland also saw its third dullest November on record in terms of sunshine hours, with 33.9 hours, compared with the record low of just 30.3 hours seen in November 2007.

Dr. Mark McCarthy of the National Climate Information Centre said: “Despite the season concluding with some snowy weather, Autumn 2021 has been very warm overall, with only a few short cold spells interrupting what has been a very mild three-month period.

“England, Wales, Northern Ireland, and Scotland all reported Autumn mean temperatures within their top five ever recorded, which highlights just how mild this period has been.

"What’s particularly noteworthy is how Northern Ireland has maintained its theme of reporting generally above-average temperatures, having also had that record-breaking summer for heat earlier in the year.

“Overall, rainfall figures levelled themselves out over the period, after a fairly dry September was followed by a rather wet October and a slightly dry November.”