71 percent of people polled in Northern Ireland believe integrated education should be the norm, according to a new survey on behalf of the Integrated Education Fund. 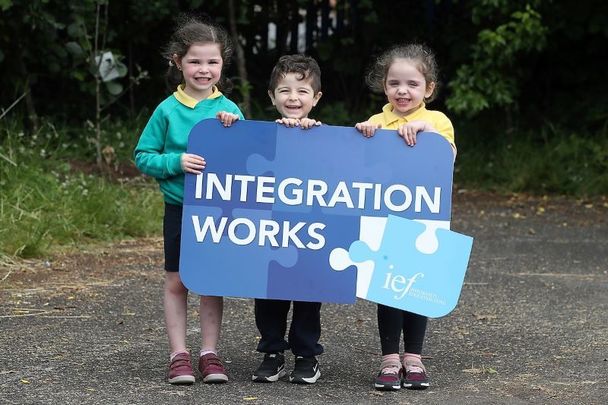 Integrated education in Northern Ireland has strong support according to a new survey conducted by LucidTalk, a Belfast-based independent polling company, on behalf of the Integrated Education Fund.

71 percent of people in Northern Ireland believe an integrated education should be the norm, an increase of five percent since LucidTalk's 2013 poll.

Additionally, 73 percent of people indicated they would support their child’s school becoming integrated, which would see children of different faiths, backgrounds, and cultures educated together.

The survey polled 2,000 people of varying backgrounds across Northern Ireland between May 7 and May 11, 2021.

Integrated education in Northern Ireland has support regardless of political affiliation, the survey found - 59 percent of DUP voters and 72 percent of Sinn Féin voters believe Northern Ireland's children should be educated together.

The survey also concluded that 79 percent of people in Northern Ireland agree that all schools, regardless of management type, should aim to have a religious and cultural mix of its pupils, teachers, and governors.

The findings come as the Northern Ireland Executive prepares to launch an Independent Review of the NI Education system as part of the New Decade, New Approach agreement reached in January 2020. This agreement described the NI education system in its current form as ‘unsustainable’ and pledged to examine the prospects of moving to a single system of education.

📚Encouraging news that over 70% of participants in a recent survey support integrated education in NI.

I firmly believe that it is an essential part of the reconciliation process, allowing young people to access high-quality teaching, irrespective of their background.

The findings from the LucidTalk survey are published more than 23 years after a Good Friday Agreement pledge promised "to facilitate and encourage integrated education” as an essential element in the process of reconciliation.

There are currently 68 formally integrated schools and colleges, which represent 7.5 percent of Northern Ireland’s educational settings, educating around 25,000 children. But there is still no government plan for integrated education and its growth is still down to determined campaigners and pioneering parents.

The publication of the report and its findings are released as the IEF’s Integrate My School Campaign gathers momentum. The drive empowers parents to express their support for integrated education and encourage existing schools to explore formal integration.

Speaking about the findings of the poll, Jill Caskey, Parental Engagement Campaign Manager, IEF said: “The findings in this survey highlight the demand for integrated education in Northern Ireland and they should prompt our Executive to actively promote a fully integrated education system for the benefit of our entire society. It should also help inform the new Independent Review of the NI Education system in terms of public opinion on this crucial aspect of our society.

“Although the level of integrated education has continued to grow since the Good Friday Agreement, it is nowhere near the rate it needs to be in order to reflect the demand from parents for more integration.

“There is no government plan for developing more integrated schooling with growth solely dependent on parents, schools, and campaigners.

"We are going into an era in NI needs an education system fit for the 21st Century which is fully inclusive. We need to see a dedicated governmental plan to accommodate the demands of our parents and children.”