The Bloody Sunday Trust is aiming to raise £10,000 ($13,500) to help organize its "One World One Struggle" commemorative events throughout the year. 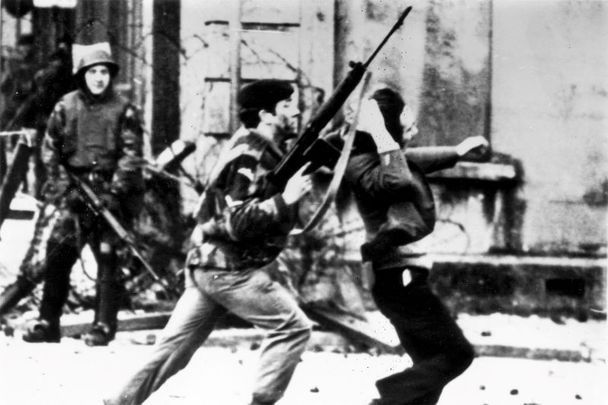 A community organization in Northern Ireland is aiming to raise funds to help commemorate the 50th anniversary of Bloody Sunday next year with a year-long series of events.

The Bloody Sunday Trust is aiming to raise £10,000 ($13,500) to help organize its "One World One Struggle" commemorative events throughout the year.

The group aims to host a keynote event at 4:10 p.m. on January 30, 2022, to mark the exact anniversary of Bloody Sunday, when soldiers from the British Army's Parachute Regiment opened fire on a crowd of unarmed nationalist civil rights protesters in Derry, killing 14 people.

"Beyond the Silence" will explore the lives of the 14 people who died on Bloody Sunday and examine the pain that their families endured over the following 50 years. It will also celebrate their achievements over the past half-century.

The event will take place at Guildhall Square and will include a dedication to everyone who was killed during the Troubles.

The Bloody Sunday Trust is calling on aspiring writers of all ages and backgrounds to submit a creative writing piece paying tribute to the 14 victims of Bloody Sunday as part of the keynote event.

The group said that it is particularly encouraging young people aged between 16 and 25 to submit entries since many of the victims on Bloody Sunday were aged 17.

A selection of the entries will be read out during a scripted and choreographed centerpiece as part of the "Beyond the Silence" event.

The Bloody Sunday Trust estimates that it will cost up to £10,000 to stage the event, including the cost of commissioning an artistic director to produce and direct the stage performance on January 30.

The group is also looking to facilitate and support local writers to create the commemoration scripts and also aims to support a selection of young people to develop, rehearse and perform the scripted pieces.

The online fundraising appeal has raised just under £1,500 to date and ends in 11 days.

Click here to donate or to find out more.