A patient is reportedly receiving "precautionary" care for a possible case of coronavirus at Belfast's Royal Victoria Hospital in Northern Ireland. 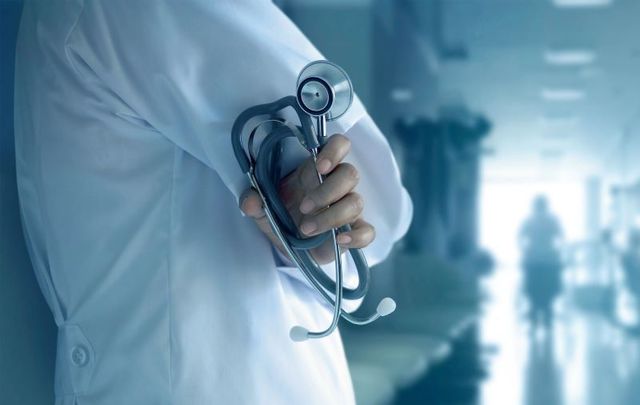 A patient who arrived in Northern Ireland after being in Wuhan, China receiving "precautionary" coronavirus care. Getty Images

Royal Victoria Hospital in Belfast is providing care for a patient who recently traveled from Wuhan, China

A patient is reportedly being treated at West Belfast’s Royal Victoria Hospital after presenting symptoms associated with coronavirus, which has claimed the lives of 18 people in China.

RTE reports that the patient is understood to have traveled from the city of Wuhan in China to Northern Ireland over the weekend.

RTE adds that the patient’s care appears to be “precautionary” at the moment, and results are expected back as early as tomorrow, January 24.

Tests are being undertaken to rule out the coronavirus in Northern Ireland. Tommie Gorman reports from Belfast's Royal Victoria Hospital | https://t.co/JJuA1ANYIY pic.twitter.com/zyvhIGgfw5

Both The Belfast Health Trust, which runs services in the city, and The Public Health Agency (PHA) declined to comment on the specific case.

The city of Wuhan, China, home to some 11 million people, is currently on lockdown with all public transport suspended amidst the fatal outbreak of the Coronavirus. 600 cases and 18 deaths have so far been reported.

During a press conference on January 23, Dr. Tedros Adhanom Ghebreyesus, the director-general of the World Health Organization (WHO), said: “Make no mistake, this is though an emergency in China.

"But it has not yet become a global health emergency. It may yet become one."

I am not declaring the new #coronavirus outbreak a public health emergency of international concern today. The Emergency Committee was divided over whether the outbreak represents a PHEIC. This is an emergency in China, but it has not yet become a global health emergency. https://t.co/16knaV4lMZ

WHO says that common coronavirus symptoms include “include respiratory symptoms, fever, cough, shortness of breath, and breathing difficulties. In more severe cases, infection can cause pneumonia, severe acute respiratory syndrome, kidney failure and even death.”

NPR reports that “isolated cases” have been found in Japan, Thailand, South Korea, the U.S., Macao, and Hong Kong.

Speaking on RTÉ's Today, Dr. John Cuddihy, the Director of the Health Protection Surveillance Centre in Ireland, said the risk of coronavirus becoming an issue in Europe is “moderate to low.”

The Belfast Telegraph reports that on January 22, the Northern Ireland PHA confirmed that they were working with health bodies around the UK and issued advice to any members of the public traveling to or from China.

“The Public Health Agency is keeping abreast of the changing situation around the Wuhan novel coronavirus, and is liaising with partners across the UK including Public Health England and our local Health Trusts on this issue,” the PHA said in a statement.

“As part of this, the health service here is monitoring for any potential cases of Wuhan novel coronavirus.”

“Individuals should seek medical attention if they develop respiratory symptoms within 14 days of visiting Wuhan, either in China or on their return to the UK.

“People who plan to travel should check the travel advice on gov.uk. This is an evolving situation and we will provide updates and further guidance as required.”

Read More: Confirmed cases of measles in Ireland have grown by over 200 percent since 2017