Even on the Shankill Road, the reaction was very muted for the new monarch. 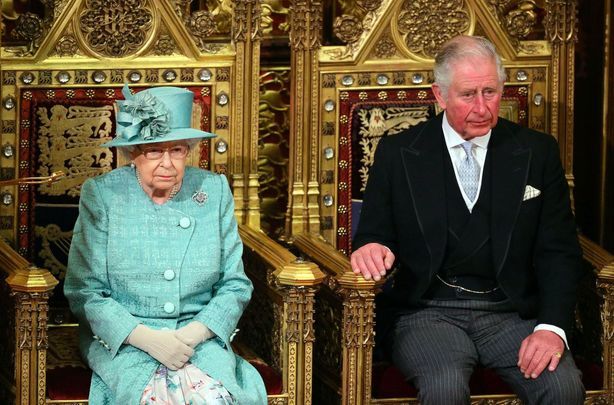 Queen Elizabeth II and Prince Charles, Prince of Wales are seated for the state opening of parliament at the Houses of Parliament on December 19, 2019, in London. Getty

King Charles may have a tough road ahead - even many Northern Ireland unionists are not sold on him.

When The Guardian sent a reporter into the field to discover what people on both sides, Nationalists and Unionists thought of the new monarch the reaction was surprising - on one side.

Unsurprisingly the reporter, Rory Stewart, received many polite no comments on the Falls Road where everyone who talked to him stated they would never recognize Charles as their king.

But even on the Shankill, the reaction was very muted for the new monarch.

Poor Charles, his infidelities were always bound to damage him among the Unionist bible thumpers and he could never catch a break with the glittering Diana on the scene.

Now it appears most unionists would prefer his son, William, the newly minted Prince of Wales, to take over the throne after the death of Queen Elizabeth.

“We have to support the King now,” said Carol Irwin, 58, after laying a wreath at a mural of the Queen off the Shankill Road in Belfast. “But it does feel strange saying ‘God save the King’. I would love William to step in. I can’t wait for William to be king.”

Joan McCullough, stated “I don’t know if people will look up to Charles the same way. He has a very hard act to follow. I wouldn’t have the same respect for him – I was a Diana fan. I’d rather jump to William.”

Some stated his mother’s influence would help the new king. “Charles is no spring chicken but he’s learned from the best. He will know what her wishes were,” said Stuart Ward, 43, from east Belfast.

Stacey Graham stated, “I don’t think the Queen would leave us in his hands if she didn’t think he was up to the job.”

Joy Crawford said, “I think Charles will be able to keep things together. He will always have his mother by his side.”

Stewart concludes his report with the lack of the Catholic reaction “In the nationalist Falls Road area of Belfast many people shrugged.” It seems Charles has a big task ahead to convince Northern Irish he's worth the candle.