Estimated to cost around £15 billion ($20.6 billion), the Northern Ireland - Scotland tunnel was part of Johnson's vision to link constituent parts of the United Kingdom. 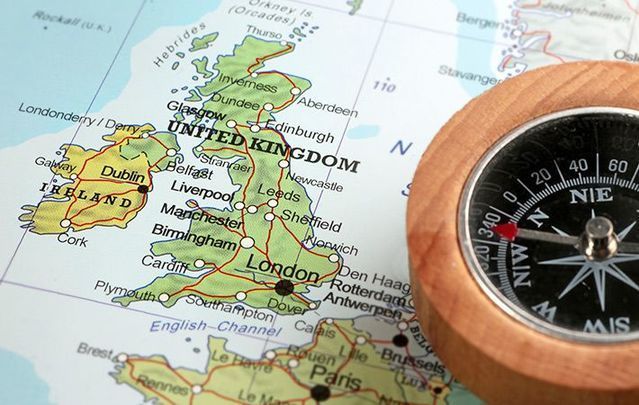 The tunnel would have connected Larne in Northern Ireland with Stranraer in Scotland. iStock

British Prime Minister Boris Johnson's plan for a tunnel between Northern and Scotland has been ditched by the British Treasury as it aims to clamp down on spending.

Estimated to cost around £15 billion ($20.6 billion), the tunnel was part of Johnson's vision to link constituent parts of the United Kingdom.

Johnson's former chief adviser Dominic Cummings once described the project as "the world's most stupid tunnel", but it now appears as though plans to construct the link between Northern Ireland and Great Britain are dead in the water.

An unnamed government official with knowledge of Treasury spending plans told the Financial Times that the project is "dead, at least for now".

The reports come as Chancellor of the Exchequer Rishi Sunak continues a spending review ahead of an autumn budget on October 27.

Johnson first raised the possibility of building a tunnel between Scotland and Northern Ireland three years ago when he suggested constructing a link between Larne in Northern Ireland and Stranraer in Scotland.

Engineers derided the proposals, questioning whether it was possible to build such a tunnel in a stormy stretch of water that is more than 1,000 ft deep in places.

Several experts said that a tunnel between Stranraer and Larne would require dozens of support towers at heights "never achieved anywhere in the world".

The tunnel was being considered by a transport connectivity review led by Network Rail chair Sir Peter Hendy prior to the Treasury's decision to ditch the project.

The High-Speed Rail Group (HSRG) had proposed tunneling between Larne and Stranraer in its submission to the review.

Made up of rail industry experts, the HSRG said that the tunnel would bind Northern Ireland closer to Great Britain and address economic problems in the post-Brexit era.

However, the group also acknowledged that any tunnel would require a new rail connection between Stranraer and Carlisle, while the width of Irish railway tracks would also need to be altered.

Scottish architect Professor Alan Dunlop had drawn up plans for a tunnel based on the 650-mile Norwegian Coastal Highway, which consists of a series of bridges and "floating tunnels".

Dunlop said that the floating tunnels would be connected to the seabed by cables and added that they would help overcome any challenges associated with building a tunnel between the two regions.

However, Logistics UK policy manager Seamus Leheny said that there were several problems associated with building bridges between Scotland and Northern Ireland.

Leheny recently told a Westminster Policy Conference focused on improving transport connectivity that bridges would impact deep-sea shipping. He also said that the construction of bridges on what is known as Beaufort's Dyke would cause logistical problems due to the presence of millions of tonnes of ammunition dating back to the Second World War.