The new series about The Donner Party, which included many Irish immigrants, will "explore one of America’s most iconic and tragic pioneer stories" 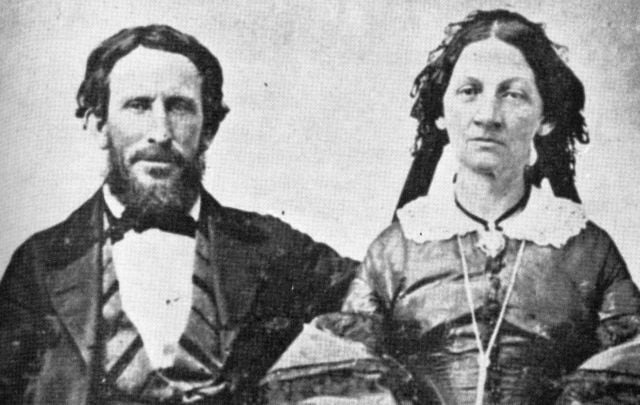 The History Channel is devoting a new miniseries to a drama about the Donner Party, which involved Irish families, from documentary filmmaker Ric Burns.

According to Deadline, "The Donner Party explores one of America’s most iconic and tragic pioneer stories. Setting out for California in the Spring of 1846, James Reed, his family, and a hopeful wagon train of emigrants were drawn by the promise of a better life out west.

"Little did they know that their ill-fated expedition, doomed to be trapped in the Sierra Nevada Mountains for the winter, would face unimaginable hardships that brought out the best, and worst, in humanity.”

Ric Burns, brother of Ken Burns and director of the 1992 documentary on the Donner Party, is set to serve as the show's writer and showrunner.

The Donner Party is the tragic tale of nearly 90  pioneers, many of whom were Irish immigrants, caught up in a dreadful winter in the Sierra Nevadas as they sought to find a new life in California in 1846.

Of the group who set out on the journey, more than half were children. Only roughly half of the original party survived.

Two Irish families, the Breens and the Reeds, were at the center of the story. Patrick Breen, born in Co Carlow, his wife Margaret and their seven children had emigrated to Iowa but were anxious to try their luck out west. In the spring of 1846, they set out for Independence, Missouri to join a group led by George and Jacob Donner heading west to California.

Another Irish man, James Frazier Reed, also joined the Donner Party in Independence with his wife and their four children.

The Donner Party began its fateful journey in mid-May 1846 and reached Fort Bridger in the southwest corner of Wyoming by late July. It was there, however, that the group made the first of two bad decisions.

They decided to take a little known route to the south across Utah. Unfortunately, they were unaware of just how tough a journey it would be across the Great Salt Lake Desert.

The “shortcut” cost them valuable time, and by the time they reached Reno, Nevada they were exhausted and waited a week before attempting the crossing of the Sierras. It was a fateful decision.

They made it only as far as Truckee Lake, California in the foothills of the Sierra Nevadas when the snowstorms came. Repeatedly they tried to make it over the mountain pass, but failed. They prepared to wait out the winter knowing they were short of food.

Much of what happened is known only from the diary of Irish man Patrick Breen.

[original spellings]. “Friday Nov. 20th 1846. came to this place on the 31st of last month that it snowed we went on to the pass the snow so deep we were unable to find the road, when within 3 miles of the summit then turned back to this shanty on the Lake, Stanton came one day after we arriveed here we again took our teams & waggons & made another unsuccesful attempt to cross in company with Stanton we returned to the shanty it continueing to snow all the time we were here we now have killed most part of our cattle having to stay here untill next spring & live on poor beef without bread or salt."

"Jan. 1st 1847 we pray the God of mercy to deliver us, from our present Calamity if it be his Holy will Amen  Commenced Snowing last night does not Snow fast wind S:E sun peeps out at times  provisions getting scant--dug up a hide from under the Snow yesterday."

“Tuesd. 9th.(feb)  Mrs Murphy here this morning pikes child all but dead Milt at Murphys not able to get out of bed Keyburg never gets up says he is not able John went down to day to bury Mrs Eddy & child heard nothing from Graves for 2 or 3 days Mrs Murphy just now going to Graves fine moring wind S.E. froze hard last night begins to thaw in the Sun.

Wednsd. 10th beautiful morning Wind W: froze hard last night, to day thawing in the Sun Milt Elliot died las night at Murphys Shanty about 9 Oclock P:M: Mrs Reid went there this morning to see after his effects. J Denton trying to borrow meat for Graves had none to give they have nothing but hides all are entirely out of meat but a little we have our hides are nearly all eat up but with Gods help spring will soon smile upon us

More followed as the horrific weather continued. Finally, some began to resort to cannibalism to survive.

It was Irishman James Reed who made it through the pass and organized a relief party.  On February 19, 1847, rescuers, at last, reached the Donner Party.

One of the rescuers, Daniel Rhoads, later told of the scene they encountered: "They were gaunt with famine and I never can forget the horrible, ghastly sight they presented. The first woman spoke in a hollow voice very much agitated & said 'are your men from California or do you come from heaven.’"

Ultimately, all of the Breens and Reeds survived. Another Irish family, the Murphys, was not so lucky. Lavinia Murphy died along with one son and two grandchildren. Also among the dead were George Donner, the expedition leader, and several members of his family.

Amazingly, the Breens and Reeds went on to live prosperous lives in California.