Jeni Larmour, 18, Co Armagh, was pronounced dead after being found unresponsive at her student accommodation near Newcastle University on October 3, 2020. 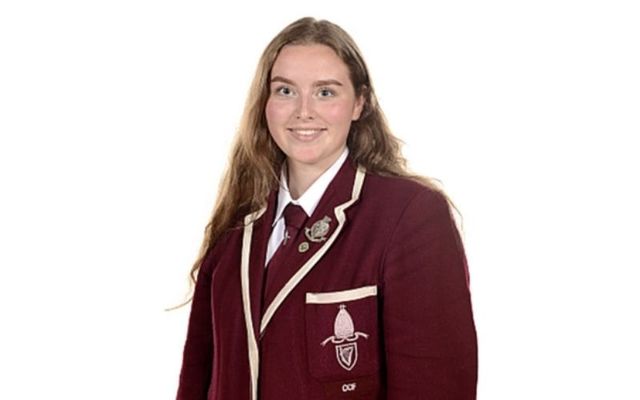 A teenager who shared an apartment with Northern Irish student Jeni Larmour at the time of her death has pleaded guilty to possession of MDMA, ketamine, and cannabis.

Larmour, 18, from Newtownhamilton, Co Armagh, was pronounced dead after being found unresponsive at her student accommodation near Newcastle University in the early hours of the morning on October 3, 2020. An inquest later found that she died from taking "unknown substances".

Northumbria Police launched an investigation into the incident and subsequently charged her flatmate Kavir Kalliecharan with possession of MDMA, ketamine, and cannabis.

On Wednesday, the 19-year-old politics student appeared before the Newcastle Magistrates' Court to plead guilty to the offenses.

The court heard that Kalliecharan was arrested and admitted to taking ketamine. However, he said that only the cannabis was his.

Defense solicitor Michael O’Garra said that Larmour and Kalliecharan were on a night out in Newcastle's Bigg Market and that the pair returned home so that Larmour could collect her ID, which she had forgotten.

"She showed it to him and asked him if he would like to try ketamine. He said he had never tried it before. She produces a quantity of drugs."

"It was not until 5 am the next morning that he came round and he found Jeni tragically lying on his bedroom floor," O'Garra told the court.

Larmour's family disputed the claim that their daughter had supplied the drugs.

Kalliecharan was handed a two-year conditional discharge and ordered to pay £85 costs and a £21 victim surcharge as a result of his guilty plea.

Chairing magistrate John Doyle also reminded him that he would now have a criminal record for serious offenses.

"You now have a criminal record for serious offenses, which must be declared in many circumstances, with all the implications that has for you," Doyle said on Wednesday.

However, Larmour's mother Sandra condemned the two-year condition discharge, describing it as a "slap on the wrist".

She said that it was very frustrating to hear O'Garra "paint an innocent picture" of Kalliecharan.

"The pure fact of the matter was he was trying to say Jeni had arrived in the city a couple of days beforehand, so what he was indicating there was Jeni had opportunity to get her hands on drugs which was simply not the case," she told Armagh I.

"Jeni had no opportunity and I know she had no opportunity because she was with me every single second, from we arrived in Newcastle on the Thursday, until I left her at the university at 4.40 pm on Friday, so there is absolutely no way that could be true."

Sandra told Armagh I that there were no signs of drugs in her daughter's bedroom following her tragic death and said she had no reason to doubt her.

She said that Jeni was "bouncing" at the prospect of starting university.

"She wanted to taste city life – a girl from the country excited about the opportunity in front of her.

"Even her friends told me that she was the only one out of them all who had all her pre-reading done, she was all prepped to get her degree started."

A total of 11 people were arrested in connection with four drug-related deaths that took place over the weekend of October 2-4 in the vicinity of Newcastle University.