Suicide on the rise among priests in Ireland

Suicide is on the rise amongst members of the priesthood in Ireland, an influential group representing Catholic clerics has warned. 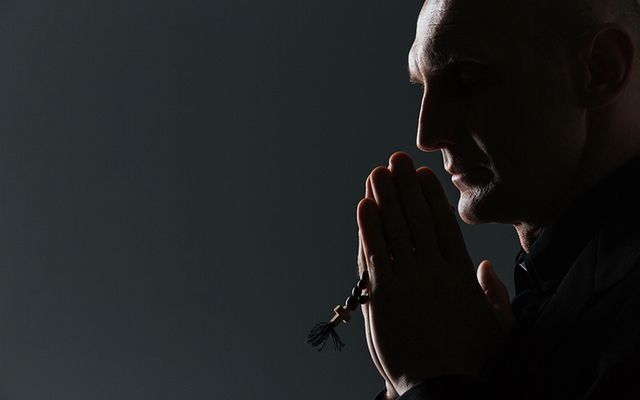 Suicide is on the rise amongst members of the priesthood in Ireland, an influential group representing Catholic clerics has warned. iStockphoto

Suicide is on the rise amongst members of the priesthood in Ireland, an influential group representing Catholic clerics has warned.

As fundraising events get underway across the world today for Irish suicide prevention group Pieta House's Darkness Into Light campaign, concern has been raised that more priests than ever are falling victim to depression and mental health problems.

At least eight Irish priests have committed suicide over the past 10 years, attendees at a recent Dublin-based meeting of the Association of Catholic Priests (ACP) were told.

And fears are growing that there is a rising sense of despair amongst aging members of the priesthood, due to their ever-increasing workload, coupled with a growing sense of isolation and loneliness.

Fr. Roy Donovan, a spokesman for the ACP, said concerns over the well-being of members of the priesthood had been raised at each of the three regional meetings of the 1,000-strong clerical group. And the Caherconlish, Co. Limerick-based cleric said he believes many more elderly churchmen are suffering in silence, not knowing where they can turn to for help.

"At the moment we're examining all the issues that were raised at the three local meetings, and the issue of depression amongst members of the clergy was certainly one of the main areas of concern.

"We know that some priests with mental health issues have found support by attending GROW groups, but I think there are a lot of priests out there who either won't or don't know where to get help.

"So the hope is that there'll be more regional ACP meetings, which should help us address the problem better by reaching out to more priests."

Speaking at the recent Dublin-based ACP meeting, Fr. Brendan Hoban - one of the group's founders - said more attention needed to be given to the well-being of priests.

He blamed the rise in levels of clustering - which is the process of amalgamating parishes into larger units - for increasing stress levels amongst members of the priesthood.

Fr. Hoban has previously highlighted how the vocations crisis is forcing priests to carry on working beyond their retirement age -
because not enough ordained clerics are coming through the seminaries to replace them.

At the ACP's AGM last November he said:  "These men lived through a time when there were plenty of vocations and their churches were full at Mass, so there's a loss of esteem.  Also, in the past they would have had live-in housekeepers.  Now most don't and are on their own and so feeling a lot more isolated and lonely, as well as feeling nervous and more vulnerable.

"These priests are what I'd describe as the lost tribe.  They've no longer any quality of life and they need our attention, because many are in a desperate situation.  We've noticed there's a high level of depression amongst the clergy, and there are some who must be wondering if they'll just be left to die alone in their homes."