Scientists say it is a testament to the ocean’s power and a warning of what is to come if climate change increases the intensity of coastal storms. 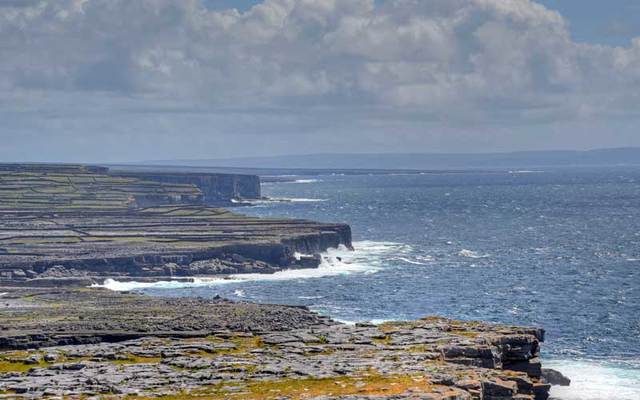 A 620-ton boulder moved several meters on the island of Inishmore during the winter of 2013-2014 after being hit by powerful storm waves.

Scientists say it is a testament to the ocean’s power and a warning of what is to come if climate change increases the intensity of coastal storms.

The boulder, which is equivalent in mass to about 90 large African elephants, is only one of more than 1,000 boulders that moved along Ireland’s coasts during the storms, Williams College geoscientist Rónadh Cox told The Washington Post.

Traditionally, scientist have linked boulders found littered along shorelines around the world to powerful tsunami waves.

According to The Washington Post, Cox and the team had surveyed and photographed rocks up and down the coast of the Aran Islands and parts of the Irish west coast, so they knew where the rocks were before they moved and also knew what happened in the area between then and now. When a rock moved, they could prove it.

Their research, which was recently published in Earth Science Reviews, reveals a landscape that is constantly being transformed and rearranged by waves.

The real questions is what this research says about the impact of future climate change.

Cox says that if the oceans rise and storms worsen due to climate change as some have predicted, then the scientists’ research will give an understanding of the type of damage than can be wrought by battering waves.

“The more intense the storms, the higher the wave energies, so the likelihood of these stronger wave energies hitting in other places becomes greater, as well,” she said. “So I think understanding the dynamics of these deposits in these remote areas is going to matter more as energy levels on coastlines around the world tend to increase.”

Geoscientist Alessio Rovere of the University of Bremen, who was not part of the study, said: “Their study demonstrates that the wave energy developed during storms against cliffs is very large, probably larger than we commonly think. Studying how storm wave energy will change on different types of cliffs and under different scenarios of sea level rise is a very intriguing question that will surely keep coastal scientists busy for years to come.”