Storm Atiyah's effects are still being felt across Ireland days after it rolled through the country. 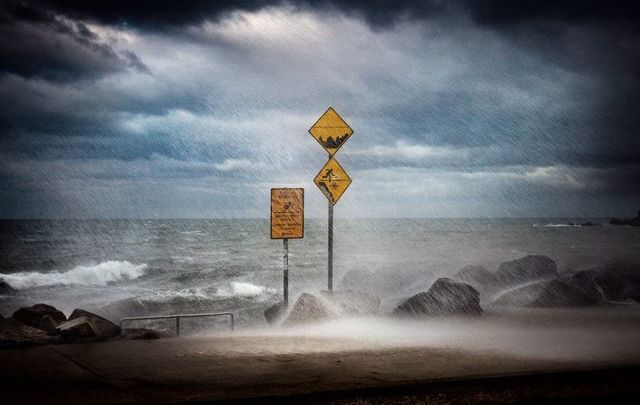 The effects of Storm Atiyah are still being felt days later in Ireland. Getty Images

Storm Atiyah’s effects are still being felt across Ireland

The effects of Storm Atiyah are still being felt around Ireland days after the storm blew across the country on December 8.

Co Kerry in the southwest of Ireland, in particular, felt the brunt of Storm Atiyah. Ireland’s national meteorological service Met Eireann placed the county under a rare red warning for most of the day on Sunday:

When the red alert was lifted for Co Kerry, the county was placed under a less severe orange alert along with Donegal, Galway, Leitrim, Mayo, Sligo, Clare, Cork, and Limerick.

On Monday, a spokesperson from Ireland’s Electricity Supply Board (ESB) said: "7,000 power outages have been noted from 6:30 am this morning, and ESB crews will be working to restore power throughout the day.”

The Irish Independent reports that more than 1,800 customers were affected in Athenry, Co Galway, and some 150 customers were without power in the Bantry area of West Cork.

Kieran Hanley of AA Roadwatch told The Irish Independent that while the storm may be over, conditions are still hazardous: "The day after a storm like this, you can expect a lot of fallen debris, particularly around secondary and local roads.

"Our advice would be to drive with caution, no matter what part of the country you're in. Make sure to reduce your speed, leave extra space to brake and watch out for wind-blown debris on the roads."

Met Eireann said on Monday: "Tuesday will be a blustery day with strong winds and very gusty conditions associated with an active front moving eastwards across the country.

"Generally, winds will be below warning thresholds but damage to some structures and trees, already weakened from the effects of Storm Atiyah, is possible."

Thankfully, the powerful storm did not result in any fatalities.