A Donegal fisherman posted incredible footage of the wild waves during Storm Aiden. 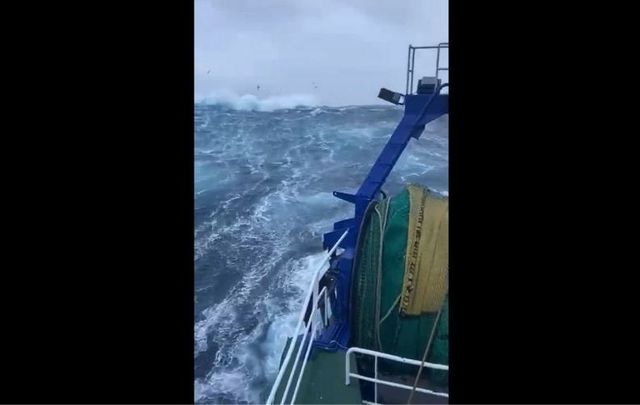 Not for the faint-hearted! Video taken in the fishing waters by Rockall islet shocks the dangers brave fishermen endure to delivers fresh seafood.

Shaun McClenaghan, a Donegal fisherman, who was working during the height of the Atlantic storm, named Aiden, captured incredible footage of the waves off Rockall island, 228.5 nautical miles northwest of Tory Island.

It's little wonder that the footage already has over 64k views.

Last weekend's Storm Aiden saw Ireland dashed by strong winds and torrential rain which saw most people forced to stay at home. However, fishermen were still hard at work, including McClenaghan.

As the fisherman's boat sways from side to side beneath the massive waves in a scene reminiscent of a Hollywood movie, such as George Clooney's Perfect Storm.

Winds of up to 130km/ph were predicted during Storm Aiden. The reality did not disappoint.

Met Éireann, the Irish meteorological service,  said the Irish Weather Buoy Network recorded “phenomenal” seas off the west coast on October 27-28th. Individual waves of 20m, 16.9m, and 21.7m have also been recorded at these buoys.

A “phenomenal” sea is classified as having a significant wave height of 14m or more. The ex-hurricane Epsilon originally developed off Bermuda before being “consumed” into the jet stream.

On the same day, the same fisherman McClenaghan tweeted:

We think this is a bit of an understatement... wouldn't ye say?!