Parents told to "listen to your instincts" as outbreaks of Streptococcus A detected in UK and Ireland. 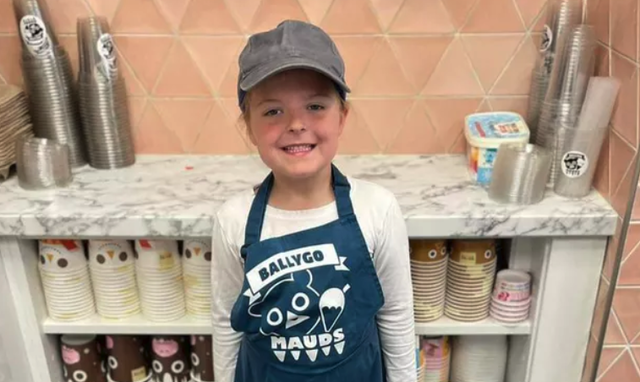 Five-year-old Belfast girl, Stella-Lily McCorkingdale's family brought her to the hospital three times before she passed away in ICU with severe brain damage.

Stella-Lily McCorkindale, from Belfast, is believed to be the ninth child in the United Kingdom to die after contracting Streptococcus A (Strep A). The young girl had been brought to hospital three times with symptoms before she was sent home, where she passed away. In the Republic of Ireland, authorities are continuing to investigate if Strep A was a factor in the death of a four-year-old child.

Ireland's Minister for Health Stephen Donnelly has said the Chief Medical Officer, Professor Breda Smyth, and her team are considering the use of antibiotics where outbreaks of the infection have occurred. Speaking to the RTE radio show, Morning Ireland, Prof. Smyth explained that Strep A was quite common but can give rise to serious illness.

She said "in a rare number of cases it can develop invasive Group A Strep and give rise to significant illness."

She added: "We do also know that because it is such a common bacteria, 20% of us in the population actually walk around with it in the back of our nose or in our throat, and it may not affect us at all, however, it can give rise to mild infection such as skin infections and throat infections, and it is treatable with antibiotics.

"However, in a small number of cases, it can go on to develop more severe infection".

Prof. Smyth also urged parents to contact their family doctor if a child isn’t getting better and to “listen to your instincts.”

Stella-Lily McCorkindale was treated at the Royal Belfast Hospital for Sick Children last week. Hers is the first death in Northern Ireland linked to the outbreak.

According to her father, Robert, Stella-Lily died nine days after becoming ill. He told the Irish News she was brought to the hospital twice and was diagnosed with a simple viral infection. For a third time, he brought his now extremely sick daughter to the emergency room. After a short examination, she was rushed to intensive care.

Stella-Lily spent five days in ICU, posting in an induced coma and towards the end severely brain damaged. It was on Monday a decision to turn off her life support was made.

Robert McCorkindale, from Shankill Road, said "I am just devastated... I was her best friend. We were best mates. We were like two peas in a pod.”

Last Saturday, when Stella-Lily and her Dad were spending time together the five years started to complain of a sore stomach and a temperature. She began coughing overnight. Paracetamol could not manage her temperature and she was having difficulty breaking. His family doctor told him to bring her to the hospital.

Robert was advised to treat with paracetamol at home.

There was no improvement the next day and she was very dehydrated. They once again brought her to the hospital. She was diagnosed with a viral infection and given a dehydration drug. She was again sent home.

Robert told the Irish News, "All this time she was just sleeping, for 20 hours each day. We just kept giving her paracetamol.

“We felt there was no point going to the GP because we had seen two doctors and they reaffirmed it was viral infection.”

Stella-Lily's mother, Collette, said that on Wednesday night her little girl said "Mummy, I feel like I am dying.”

He said carrying Stella-Lily was “like a bag a potatoes”.

Robert said at this point she had a rash and was delusional.

Stella-Lily will be laid to rest on Dec14 following a service at her grandmother's home at Bromley Street followed by cremation at Roselawn, in Belfast.

Her school, Black Mountain Primary School in Belfast released a statement speaking of their "tragic loss" and said "the thoughts of the entire school were with her family and friends at this difficult time".

Stella-Lily was described as a "bright and talented little girl".

In a Facebook post, her aunt said "She was a beautiful, sweet, loving and funny little girl who fought so hard to stay with us, she was too good for this world...

"Our family will never be the same again. Cannot believe I won’t see her smile again or hear her shout at me for picking on her daddy-her best mate….love you loads wee woman."

Strep A in Ireland

Ireland's Chief Medical Officer, Prof Brenda Smyth said 16 children in the Republic have so far been treated for a severe form of strep A, this year, a much lower level than pre-pandemic.

Smith told the Irish Independent, how to spot the signs. She said “If they (children) are offered food, particularly if they're not drinking…these are all telltale signs.

“What I would always say to parents is to trust your instinct. And if you feel your child isn't getting better with the routine responses, then it's important to contact your GP or your health professional.”

While only a small percentage of Strep A cases become serious and there are many other respiratory diseases being dealt with by doctors and hospitals during these winter months, Smyth did say "preventative antibiotics" are being considered.

“Preventative antibiotics is part of the recommended treatment in some situations,” she said.

“If there is a case of invasive group-based strep A in a classroom, the local public health team will carry out a public health risk assessment and they will decide what the appropriate course of action will be. Whether that is to administer antibiotics or not.”