Organizers of the St. Patrick's Day parade on Staten Island have announced that LGTBQ groups will continue to be banned from marching under their own banner at the parade next month. The decision was condemned by LGBTQ advocacy groups. 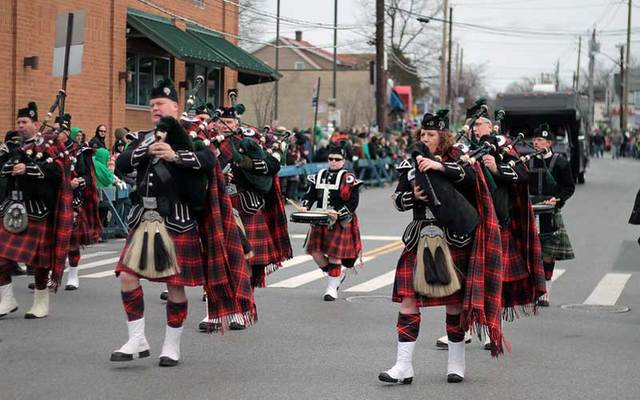 The organizers of the St. Patrick's Day parade on Staten Island have confirmed that they will continue to exclude LGBTQ groups from marching in the parade next month.

Richmond County St. Patrick’s Day Parade Inc, which organizes the parade, has reportedly rejected applications from local LGBTQ groups, including the Pride Center of Staten Island, from marching under their own banner.

Larry Cummings, who heads the parade committee, offered a terse explanation for the decision.

"Here’s the deal, it’s a non-sexual identification parade and that’s that, no, they are not marching," he said. "Don’t try to keep asking a million friggin’ questions, OK? The fact of the matter is that’s what it is, OK? And that’s that.”

Cummings reportedly said in the past that letting LGBTQ groups march in the parade "promotes the homosexual lifestyle” and “goes against the tenets of the Catholic Church.”

Carol Bullock, director of the Pride Center of Staten Island, has been unsuccessfully advocating for LGBTQ groups to be included in the parade since 2011 and is calling on people to boycott the parade.

Bullock visited the parade headquarters last week to apply for a permit to march in the event, but encountered a sign on the door of the building which read: "Do to the threat of a protest by the gay pride people/politicians/and ministers of other faiths on the holy grounds of Blessed Sacrament Church the parade must move the parade sign ups to 300 Manor Rd."

When she arrived at the new headquarters, Cummings told her that it's a "non sexual-identification parade," and that not allowing the group to march under its banner is "not discrimination."

The Staten Island St. Patrick's Day Parade is the only parade in New York that doesn't permit LGBTQ groups to march.

Elected officials decided to skip the march last year in protest and many are planning on doing so again this year.

Other politicians are undecided about whether they will attend.