Celebrating its 10th anniversary, Sober St. Patrick's Day, in New York has announced a new director as the movement grows through the world. 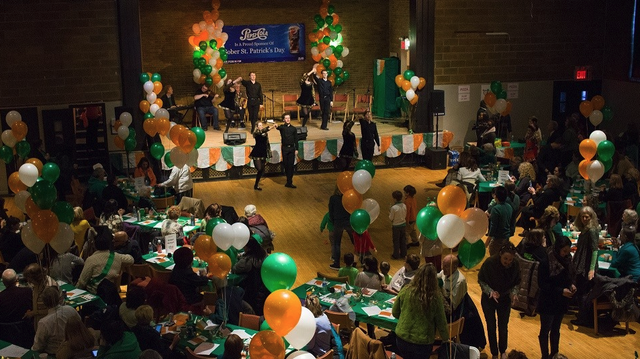 In anticipation of and preparation for its milestone 10th anniversary on March 17, 2021, the Sober St. Patrick’s Day Foundation (SSPDF) Board of Directors announced the selection of Tami Ellen McLaughlin as its new executive director.

“We believe family fun on the Irish national day is a vital option for dismantling harmful Irish stereotypes, raising the awareness of binge drinking, particularly among young people, and reclaiming what St. Patrick’s Day is about,” explained founder and board chairman William Spencer Reilly.

“I am excited to work with Tami Ellen McLaughlin to lead Sober St. Patrick’s Day into the future. She brings extensive corporate and nonprofit experience to our Foundation and an impressive network in the New York and Irish American communities. The board is confident that with her stewardship our signature annual St. Patrick’s Day program will continue to grow in New York and expand to other cities in America, and abroad,” he added.

McLaughlin said it has been her goal to pivot to the nonprofit sector after a career in financial services communications. “After having thoroughly enjoyed being a part of the last three New York City alcohol-free celebrations of Ireland’s patron saint — first as a guest and then as an event volunteer — I am honored to work with the board to commemorate the 10-year milestone, build on the movement’s ongoing success by expanding into new cities and schools, growing awareness, and amplifying the mission,” she said.

Sober St. Patrick's Day has garnered much attention since its inaugural party in New York in 2012, though the 2020 event was canceled like all other parades and events due to COVID-19.

Sober St. Patrick’s Day was created by award-winning theater and television producer Reilly, who almost lost a member of his family to addiction in 2004. He first proposed the idea to leaders in the recovery and Irish American communities, a pitch that led, a year later, to the 2012 inaugural party. Now an annual event, Sober St. Patrick’s Day is held on parade day in New York City. It continues to grow throughout the world.