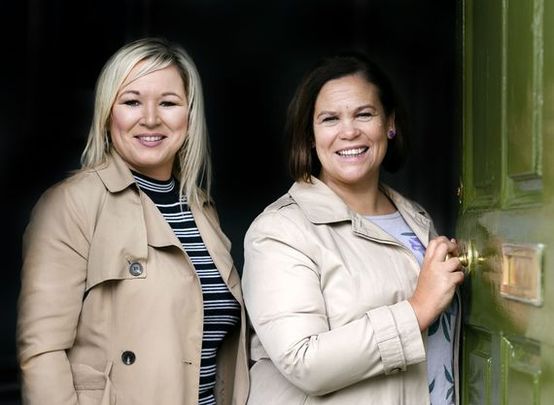 The donation of $394,010 to Sinn Féin by an Arizona woman killed in a bicycle accident in Arizona has stunned Sinn Féin leaders, who had no knowledge of Lauren Harvey.

Harvey was a frequent visitor to Connemara and she and her now deceased partner Kathy Digan had called her home in Tucson Connemara Ranch “in honor of the area of Ireland they loved and frequently visited.” Digan died in 2002.

The Irish Sunday Times reported that Harvey, who was 60, died in a cycling accident when she collided with a car on an early morning ride in November 2020. Her partner, Kathleen Erickson, who has refused to speak to the media, took part in a commitment ceremony in 2006.

Local Connemara Sinn Féin politicians or tourism officials were not familiar with Ms Harvey who was employed by the Arizona Parks and Recreation Department,

Trevor Ó Clochartaigh, a former Sinn Féin senator from the area stated he had never met her and neither did Mairtín Ó Catháin, who runs the Carna Emigrants’ Centre in Connemara.

Harvey grew up in Ohio and moved to Tucson “Initially the desert seemed strange to her, even foreboding, yet it wasn’t long before she fell in love with a land that filled her soul more than any other,” her obituary said.