Sinead O'Connor has launched a petition calling for the arrest of Irish far-right figures John Waters and Gemma O'Doherty "for incitement to racial discrimination." 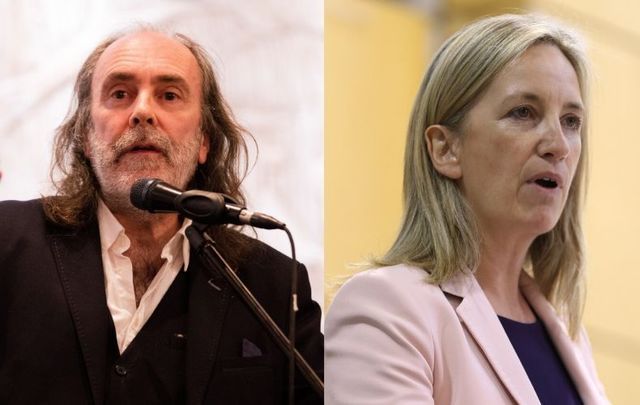 Irish singer Sinead O'Connor has launched a petition calling for the arrest of her far-right ex-partner John Waters and far-right conspiracy theorist Gemma O'Doherty after they questioned Leo Varadkar's right to serve as Tanáiste on the basis that "he is not Irish".

O'Connor launched the petition on Change.org five days ago and has already received more than 1,400 signatures.

Introducing the petition, O'Connor said that Waters and O'Doherty "have been allowed to wander this country spouting their sickening racial and religious abuse without legal consequence for too long".

She also said that the pair insulted all immigrants of Ireland with their recent comments about Varadkar and called on them both to be arrested.

"In light of their recent vile remarks about Leo Varadkar, which are an insult to all immigrants to Ireland, we call for the Irish State to apply the laws of the land and immediately arrest them both for incitement to racial discrimination and for breach of our anti-discrimination laws."

The petition references recent comments from Waters and O'Doherty during an online broadcast where both questioned Varadkar's right to serve as Tanáiste.

"He is not Irish. He’s an Indian who has no love for Ireland whatsoever," Waters said during the broadcast, as O’Doherty nodded in agreement.

"In an Indian restaurant, John — that’s the only place he should be working," O'Doherty interrupted.

Varadkar was born in Dublin's Rotunda Hospital to an Irish mother and an Indian father.

Fine Gael Senator Mary Seery-Kearney has reported Waters and O'Doherty to An Garda Síochána over the comments.

"The comments by O’Doherty and Waters portray an ignorance that defies the belief of most right-thinking people in our country," Seery-Kearney said after making the complaint at Terenure Garda Station in South Dublin.

"Such comments have no place in social or political discourse. They demonstrate a common racist stereotype trope thrown at our new Irish and their Irish-born children. It’s abusive and deeply offensive.

"They also demonstrate a classism that is disrespectful to bus drivers and restaurant workers, many of whom have been the frontline workers during the current crisis."

Elsewhere, Dublin's Beaumont Hospital has applied for a High Court injunction against O'Doherty requiring her to remove several allegedly defamatory videos on the internet.

O'Doherty allegedly called the hospital "a death camp" in one video posted online, and claimed that staff at the hospital were trialing an experimental vaccine that had killed 14,000 people in Europe in another.

She described the hospital's application for an injunction as "spurious and outrageous" and said that she "would not be silenced".