Sinead O'Connor's husbands: Who has the Irish singer been married to?

Troubled Irish singer Sinead O'Connor has been married a total of four times. Here's a look at the loves of her life. 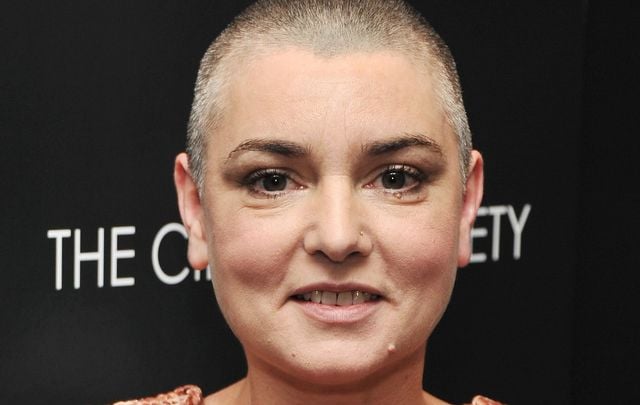 Irish singer Sinead O'Connor has been in the public eye for nearly three decades. Here, we take a look at the often-times troubled singer's romantic life.

Their marriage lasted until 1991 and produced one child, O'Connor's eldest son, Jake. Despite some acrimony in recent years, Reynolds produced five of O'Connor's ten albums. The most recent collaboration was 2014's I'm not bossy, I'm the boss. In 2013, Reynolds served as the singer's drummer on her world tour.

In March 2015, O'Connor announced that she was a grandmother after Jake and his girlfriend Lia had a baby boy.

That same bio says that O'Connor's marriage to Reynolds created serious problems for her and her first manager, Fachtna O'Ceallaigh.

On his official website, Reynolds refers to himself as "One of Sinead O'Connor's staunchest supporters." Reynolds had said of O'Connor's 1990 album I Do Not Want What I Haven't Got, "The label didn't want to release because they thought it was like reading someone's diary."

That same profile says that Reynolds is now based in London. As of 2013, Reynolds was listed as O'Connor's manager.

In June 2001, the BBC reported that journalist Nick Sommerlad, a relative of Queen Silvia of Sweden, had proposed to O'Connor. The couple had only been dating since February of that year. Sommerlad is quoted in the BBC report as saying, "A journalist friend of mine and hers introduced us. We have been going out since February." They were married in August 2004 in Anglesea, Wales, where Sommerlad's family lives.

Sommerlad at the time was working for the Press Association in Dublin. In 2002, he quit his job at the Daily Mirror after the newspaper reported on a libel action involving O'Connor's former lover John Waters. Waters had been suing the Sunday Times in Ireland over a column that he had been a bad father to the daughter, Roisin, that Waters shares with O'Connor.

Sommerlad and O'Connor divorced in 2004. According to an Irish Independent article from 2003, the couple had initially split in the summer of 2002 but kept it a secret until early 2003.

A friend of O'Connor's told the newspaper at the time, "Neither Sinead nor Nick are apportioning any blame on each other and are both saddened by the pain that the split caused to themselves, family and friends. They fell madly in love when they first met. Despite the huge love, there is between them, they found that having married so early in the relationship was a pressure that neither could cope with. This was on top of the usual pressure of a rock star married to a media figure."

That same friend said that O'Connor had decided that she would never marry against following the split.

It was July 2010 before O'Connor married again. This time, it was to Australian musician Steven Cooney. The two first met in the 1980s while Cooney was hired to play guitar in her backing band.

Cooney previously played in the band Stockton's Wing as well as one-half of Cooney and Begley with Kerry-based accordionist Seamus Begley. At the time of the wedding, while O'Connor was on tour, the singer was 45 and Cooney was 57.

O'Connor was quoted by the Irish Examiner as saying at the time of the split, "Steve is lovely so it’s not his fault but mine... it was an extremely happy marriage... I’m heartbroken about it breaking up." The same article noted that the couple had lived together in Bray and that after the split Cooney was studying for a Ph.D.

O'Connor's most recent and bizarre marriage occurred in December 2011 when she married Barry Herridge in Las Vegas. Amid claims that O'Connor had taken Herridge, a therapist, to buy drugs in the aftermath of their wedding, the couple split a few days later. Later, reports emerged that the couple was back together though they did eventually break-up. They had met online.

The Daily Mirror reported in February 2014 that the O'Connor and Herridge were to remarry. She told the newspaper, "Barry has been my absolute harbor whenever seas were rough... no matter what, and in the last two months when I was extremely ill because of kidney stones and various frights. We intend to have a renewal of our marriage vows at some point in the summer and this time with our families and friends present and a proper f*** off party." It's unclear if those re-nuptials ever took place.

Read More: Poll: On this day in 1992, Sinéad O'Connor ripped up the Pope's picture - was she right to do so?

In addition to being married, O'Connor has had three children by three other men. Following O'Connor's marriage to John Reynolds, she dated Irish Times columnist John Waters. The couple had a daughter together, Roisin, who was born in 1995. After a brutal custody battle, Waters was awarded custody.

Nine years later, O'Connor gave birth to her third child, Shane. His father is famed Irish musician Donal Lunny. In 2006, O'Connor had her youngest child, Yeshua Bonadio, with Frank Bonadio, a businessman who had been married to O'Connor's friend, singer Mary Coughlan.

O'Connor addressed her multiple marriages in September 2014 according to the Irish Independent, "I wish I hadn't ever got married. Silly cow. Four times. What a twat. Now I can't ever get married once and properly. Anyway, I look stupid in dresses. And clearly, I'm a crap wife."