Shinzo Abe, the former Prime Minister of Japan who became the first head of Japanese government to visit Ireland, was assassinated earlier today, July 8 while campaigning. 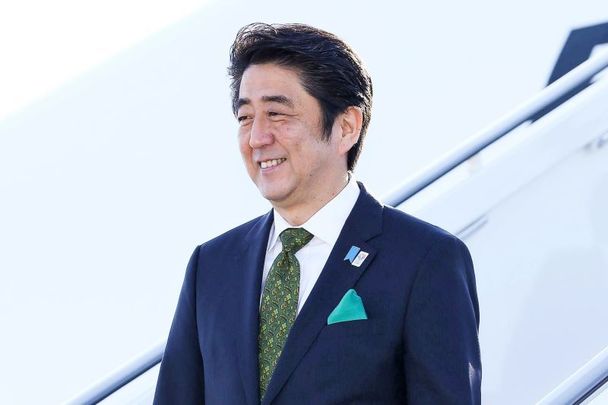 Shinzo Abe, who was the longest-serving Prime Minister of Japan before stepping down in 2020, died after he was shot while campaigning in Nara on Friday, July 8. He was 67 years old.

"This attack is an act of brutality that happened during the elections - the very foundation of our democracy - and is absolutely unforgivable," current Japanese Prime Minister Fumio Kishida said on Friday.

A 41-year-old suspect, who police say used a homemade gun, has been arrested.

In June 2013, Abe became the first head of the Japanese government to visit Ireland when he traveled to Dublin after attending the G8 Summit in Co Fermanagh in Northern Ireland. In Dublin, Abe met in person with Taoiseach Enda Kenny as well as President Michael D. Higgins.

Later that year, Taoiseach Enda Kenny visited Japan in an official capacity and met with Abe in Tokyo. During that visit, the two leaders agreed on a Joint Declaration entitled a Partnership for Innovation and Growth, which provides the roadmap for Ireland-Japan relations and sets out the vision of both governments on how to strengthen their bilateral relationship. 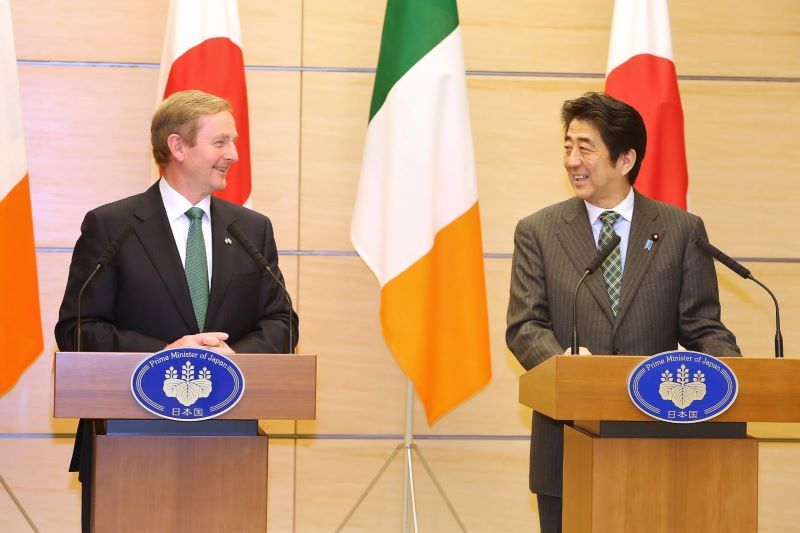 On Friday, former Taoiseach Enda Kenny told Highland Radio that Abe had "really expressed" his interest in Ireland as a small country that had made progress.

“He wanted to do with Europe what he was beginning to do with Ireland, to share the values that we have - open trade, peace-loving country, respect for the rule of law - that was his measure."

Elsewhere on Friday, Taoiseach Micheál Martin said in a statement: "I am deeply saddened by the appalling death of Japan’s former Prime Minister Shinzo Abe.

"He was a strong and committed democrat, and it is especially shocking that he was murdered while engaged in that most democratic of activities, campaigning ahead of an election.

"Putting your arguments before an electorate and asking for their vote is at the very heart of what we believe in as democratic politicians. The attack on former-PM Abe is therefore an attack on democracy itself. It is all the more shocking that it happened in a peace-loving country like Japan.

"My most heartfelt and sincere sympathies are with the people of Japan, whom PM Abe served with such commitment and distinction; with Prime Minister Kishida and his colleagues across Government; and especially with Mr. Abe’s family.

"On this very sad occasion, on behalf of the government and people of Ireland, I extend our most profound condolences and solidarity."

Our thoughts and prayers are with Mr. Abe, his family and all the people of Japan.

Tanaiste Leo Varadkar, who met with Abe several times including the Prime Minister's 2013 visit to Ireland, said he was "shocked and saddened" by the assassination.

Shocked and saddened at the assassination of Shinzo Abe.

I had the honour of meeting him on a number of occasions, including his visit to Ireland in 2013, he was a real gentleman and a true democrat.

My thoughts are with his family, his friends and the people of Japan today.

Simon Coveney, Ireland's Minister for Foreign Affairs, described the news as "shocking and sad" and noted how Abe was a "significant and popular global political figure."

Such shocking and sad news that former Prime Minister of Japan Shinzo Abe has died following an attack.
Our thoughts are with all Japanese people at this very sad time.
He was a significant and popular global political figure. Rest in Peace 🇯🇵🇮🇪 ⁦@dfatirl⁩ pic.twitter.com/8rJR1Co4gc

The Irish Embassy in Japan echoed sentiments from other Irish officials.

Terrible news of the killing of the former Prime Minister of Japan Shinzo Abe.

I had the pleasure of hosting him when he was here for the G8 Summit back in 2013.

I extend my deepest condolences to his family and the people off Japan who mourn his loss pic.twitter.com/fu2rbVII9f