Trooper Shane Kearney, 22, from East Cork is "responding well to treatment" after being seriously injured on UN peacekeeping duty in Lebanon last month. 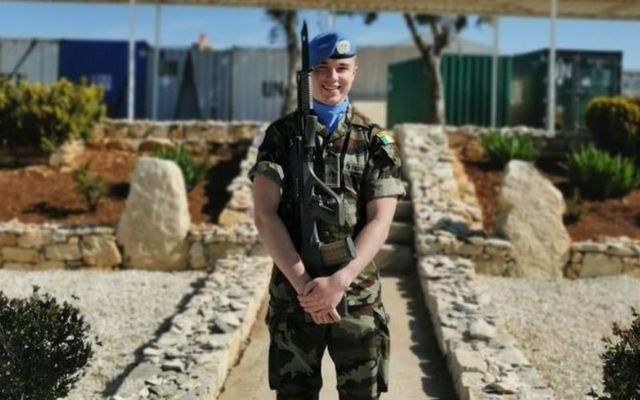 Trooper Shane Kearney is no longer in critical condition and is now described as stable following injuries he sustained from an attack on UN Peacekeepers in Lebanon last month that killed Private Seán Rooney.

Kearney, 22, from Killeagh in East Cork received blunt force trauma to the head when the armored UN vehicle he was traveling in was attacked in the Lebanese village of Al-Aqbiya on December 14.

He was later flown to Dublin on a "specially equipped, contracted medical aircraft" to Beaumont Hospital where he underwent surgery and his condition was described as serious.

Today, the Irish Defence Forces released a statement informing that Trooper Kearney is responding "very well" to treatment and is now stable.

It added that medical staff are satisfied with his "continued and steady progress".

Óglaigh na hÉireann can confirm that Trooper Shane Kearney is responding very well to treatment with his condition described as stable, and medical staff satisfied with his progress.

Trooper Kearneys family wish to thank everyone for the support that they continue to receive.

Trooper Kearney's fellow soldier, Private Seán Rooney was shot and killed in the attack and later repatriated to Ireland. The Irish Defence Forces said Rooney was pronounced dead on arrival at Raee Hospital, 43km outside Beirut.

Rooney, 24, was described as a "national hero" during a military funeral at the Church of the Holy Family in Dundalk, Co Louth on December 22.

"It’s not talked about a lot, but families who have sons and daughters serving abroad, they know the risks and dangers that are always present in regions of conflict. Peacebuilding will always be a risky business. We call them peacekeeping missions but sometimes, they can be far from peaceful.

"It breaks the human heart when a loved one dies serving their country for the important work of peacebuilding."

It was reported by The Irish Times on January 5 that a Lebanese military court has pressed charges against seven people allegedly involved in the attack. Their identities have not been released publicly and the charges ranged from murder and attempted murder to destroying vehicles, according to the source.

Two other Irish peacekeepers were injured in the Lebanon attack, although their injuries were not thought to be serious.