"One in three women said the lockdown made them realize they preferred the single life and didn't need a partner." 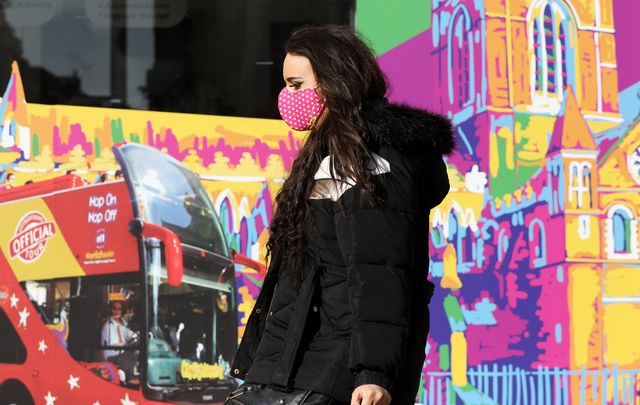 Sex-starved Irish fellas are finding the lockdown restrictions harder to cope with than their female counterparts, according to a new survey.

Nearly one in four unattached men in Ireland have admitted they have started using online dating sites since the onset of the pandemic.

However, single women appear to be more content with life in lockdown, with just 12 percent of unattached females logging on for love.

In fact, as many as one in three women said the lockdown made them realize they preferred the single life and didn't need a partner.

A total of 16,000 people across the island of Ireland were quizzed for the survey over a four-day period late last month.

Just 15 percent of men said the Level Five Covid-19 restrictions made them realize they didn't need a partner, less than half the number of women, at 32 percent, who described themselves as happily single.

The pre-Valentine's Day survey, by the Hastings Hotels Group, also revealed that half of all those quizzed will miss the opportunity for a romantic getaway this weekend, while nearly 30 percent said they'd love nothing more than a meal out.

However, many still said they planned to make an effort on February 14, with cooking a special dinner the gesture of choice for more than four in 10 of those surveyed, while nearly as many will book a hotel break to enjoy after restrictions are lifted.

Commenting on the findings, Julie Hastings, manager director of Hastings Hotels, said, "It's heartening to see that romance is still alive this Valentine's Day, despite the restrictions we're facing on a day we usually treat ourselves to a night out or some time away with our partner.

"But like so many special occasions we've had to miss, we're making the most of the situation, either by cooking a special meal or booking a break away."