The 'Save Merchant's Arch' online petition wants to prevent historic Dublin from "succumbing" to "development." 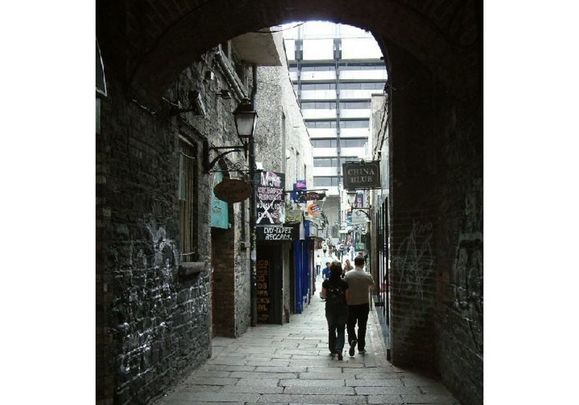 A public petition against the construction of a boutique hotel and restaurant in the buildings surrounding Temple Bar's Merchant Arch in Dublin has gained more than 31k signatures.

The "Save Merchant’s Arch" petition, created by Edel Leahy, asks "Please don’t 'develop' such an iconic part of Dublin that’s been in existence since 1821!

"Merchant’s Arch is beautiful, full of character and should be left alone. It’s part of the very essence of Dublin."

Answering the question "why is this important?" they state "We can’t have another part of historic Dublin succumb to 'development'! Merchant’s Arch is there since 1821 and is part of Dublin’s culture, history and personality."

The planned hotel would be located at Merchant's Arch but public access to the laneway, which connects the Ha' Penny Bridge on the Liffey to Temple Bar Square, will continue. The planned construction would involve the demolition of a number of small retail units.

Permission for the development was granted to the publican Tom Doone, owner of the Merchant's Arch Bar, earlier this year by Dublin City Council. An appeal against the permission was launched by former Irish Times environment editor, Frank McDonald and Temple Bar residents.

An Bord Pleanála, Ireland's national independent planning body, has however upheld the Council's decision, despite a recommendation from its own inspector to refuse permission, the Irish Independent reports. Previously, An Bord Pleanála has refused permission to develop a hotel at this site. The decision to grant permission for the hotel has been criticized by Temple Bar residents and An Taisce, the national trust for Ireland. 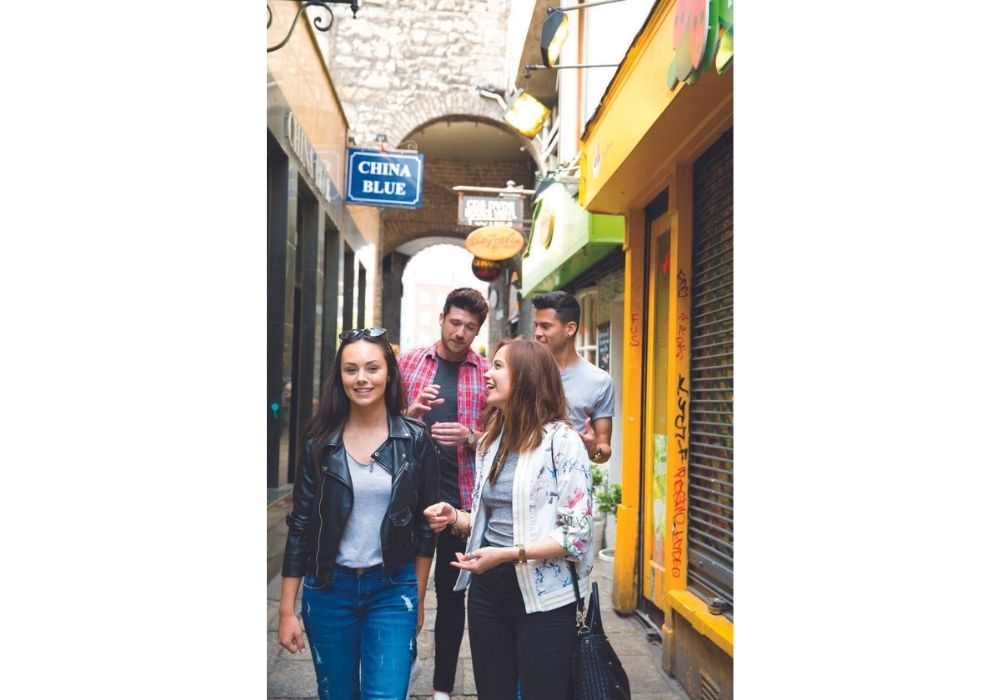 Dara Ó Briain, the Irish comedian and TV presenter tweeted "Can’t believe there's a proposal being seriously considered to replace Dublin’s Merchant’s Arch with (yet another) hotel. There is something magical about crossing the river via the Ha'penny bridge, plunging into Merchant’s Arch. Let’s not destroy the rich texture of Dublin!”

Can’t believe there's a proposal being seriously considered to replace Dublin’s Merchant’s Arch with (yet another) hotel. There is something magical about crossing the river via the Ha'penny bridge, plunging into Merchants Arch. Let’s not destroy the rich texture of Dublin! https://t.co/CpuIbeG6Fd

Cllr Claire Byrne has called for “a serious discussion” about the future of the city. She said “Time and time again we have seen An Bord Pleanala ignore the concerns of our citizens and the City Development Plan in favor of hotels. It's like they won't rest until we have a completely homogenized city center just for tourists.

“How can they justify more hotels now, particularly one that will dramatically alter the character of Temple Bar? We are fighting to limit hotels and protect our heritage in the next Development Plan, but sometimes I feel we are just too late."

'Time & time again we've seen An Bord Pleanala ignore the concerns of our citizens & the City Development Plan in favour of hotels. It's like they won't rest until we have a completely homogenised City Centre just for tourists'

The proposed hotel and restaurant at 1 to 4 Merchant's Arch, in Temple Bar, Dublin 2, would see the demolition of the existing two-story (over basement) buildings. These are currently used retail outlets.

These buildings would be replaced by a three-story over-ground building, with a basement. A restaurant would occupy the ground floor with a hotel on the upper floors.

"Merchants’ Arch forms a part of the Merchants’ Hall, built to the designs of the celebrated architect Frederick Darley in 1821," according to Come Here to Me, the local history blog. "The building was constructed for the use of the Merchant’s Guild."

It also mentioned that the "archway even pops up in Ulysses, as Leopold Bloom searches for a (rather naughty) book for his beloved Molly."