The NovaSar-1 Satellite, which pictures the Earth's surface using radar, created the image of Ireland and the UK in just seven passes. 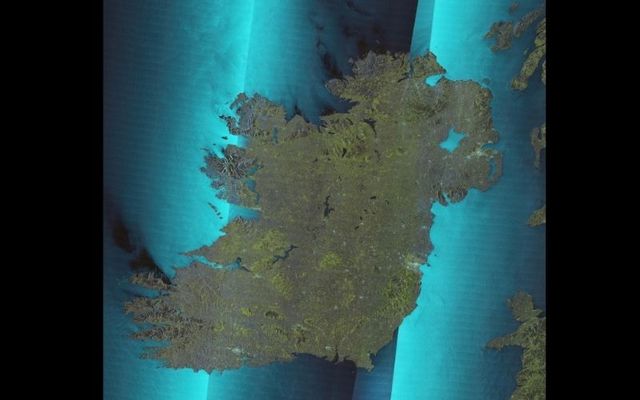 A British satellite has created a stunning map of Ireland and the United Kingdom using state-of-the-art radar technology.

The satellite can detect the ground even when it's dark or when there is thick cloud cover, meaning that it can work far quicker than a traditional optical satellite, which would require significantly more time to complete the image.

The original image is about two gigabytes and includes some incredible details, including bridges, lakes, parklands, mountains, and ships.

Each pixel on the map represents a 50-meter square on the ground, while it is also possible to see wind turbines at sea, even though they are well short of being 50 meters wide.

Wind turbine towers have hard, metallic surfaces that reflect radar energy, meaning that they show up as brilliant specks on the map.

Information on the map can be used to study land uses such as the changing urban footprint in Britain and Ireland in addition to the types of crops being grown on agricultural land.

Andrew Cawthorne, the director of Earth observation at SSTL, which built the NovaSar Satellite, said that the satellite was able to capture complete images regardless of external influences.

"You know that when you pass overhead, you're going to get an image without any external influences causing you problems," Cawthorne told the BBC.

The satellite was designed and built in the United Kingdom thanks to £21 million in seed funding from the UK Space Agency. It is the only sovereign radar system that the UK has.