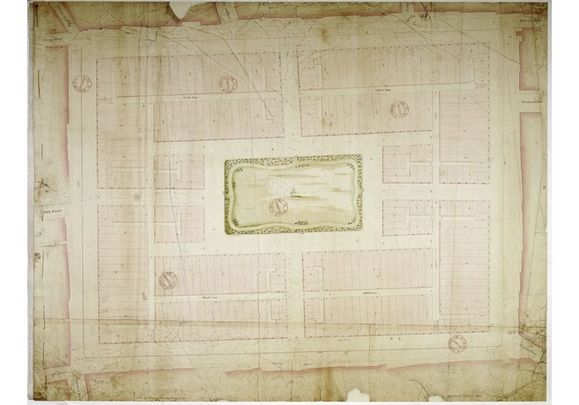 City Surveyors' Maps Collection: Green Edge of Ditch and Flagged Way. The map may be dated from the statue of George II erected in 1758. Dublin City Council / CC

Ancient maps of Dublin dating over a 132-year period have been made available to the public through a new digital collection.

Dublin City Libraries (DCL) has announced that its City Surveyors' Maps Collection dating from 1695 until 1827 is now available on the Digital Repository of Ireland.

Maps in the collection show the development of Dolphin's Barn, Lazy Hill (now called Pearse Street), Essex Street, and a plan to develop buildings and stables on St. Stephen's Green in 1758 that never came to fruition.

The collection is an example of urban mapmaking and documents the development of the ancient Dublin City Estate within the original city walls. 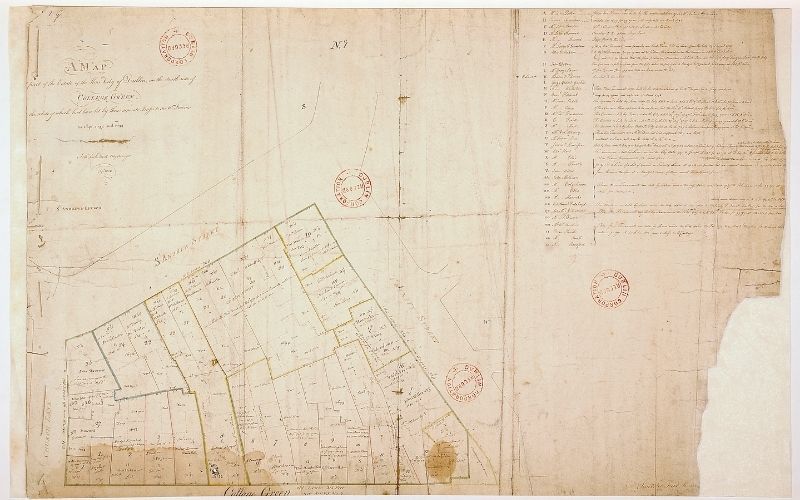 Map part of City Estate on south side of College Green, the whole of which had been let by three separate leases to Sir William Fownes in 1696, 1697, 1699. Dublin City Library & Archive

The City Estate was leased to Dublin's merchant class, who built houses, stables, warehouses, and outbuildings on their holdings.

Each map in the new collection was created by the City Surveyor, a role created in 1679 when there was no overall planning authority in Dublin.

The role of the City Surveyor was to record rather than plan any new development in the city. Their role in planning was confined to dividing ground into lots for setting. 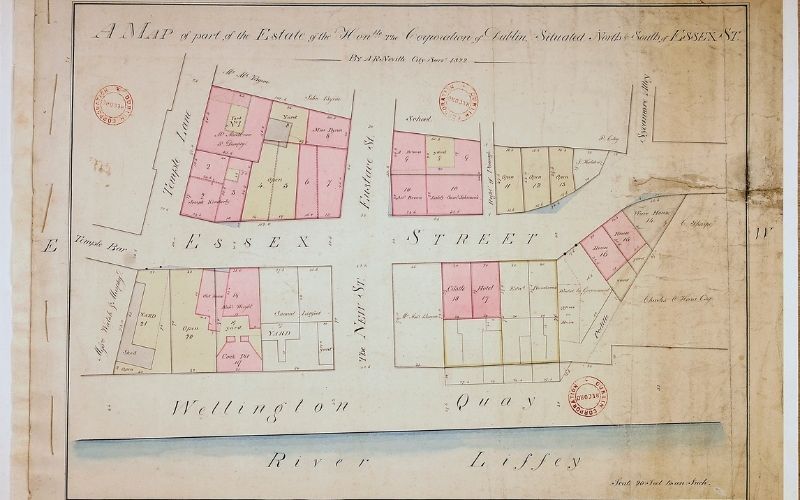 The collection of maps now available on the Digital Repository of Ireland were initially bound together as a single collection known as the Book of Maps of Dublin City Surveyors sometime after 1825.

The maps were professionally conserved between 1982 and 1983 and are now available as single items.

Some maps in the collection were previously available on the DCL digital platform, but more than 100 additional maps have now been made freely available to the public.