Elizabeth Crotty says she stands out in a crowded field because of her first and foremost commitment to public safety in a city where crime rates are soaring. 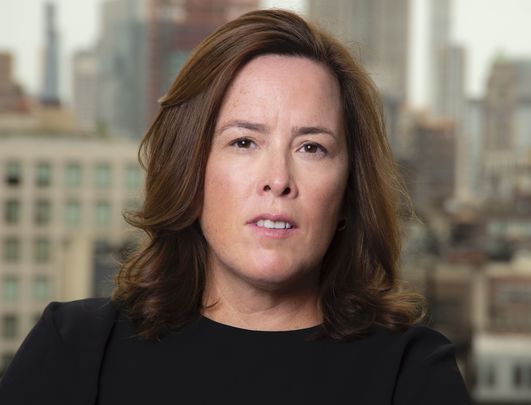 “I’m absolutely putting public safety first.” So says Elizabeth Crotty, a 2021 Democratic candidate for Manhattan district attorney, when asked by the Irish Voice what her top priority would be if she wins election to the country’s second-largest DA’s office.

Everyone obviously wants to be safe in the places where they live and work, but Crotty, 50, a former Manhattan assistant district attorney under the legendary Robert Morgenthau who later opened a criminal defense practice, feels that her seven opponents for the job aren’t nearly as focused as she is on the issue.

She has accepted endorsements from the city’s major law enforcement groups, including the Police Benevolent Association and the unions representing other officers and firefighters. Former NYPD Commissioner Ray Kelly has also offered his support – he describes Crotty as the “whole package” who “knows that police officers are an irreplaceable partner in keeping the city safe.”

The majority of Crotty’s opponents are keen to be known as progressive.  Crotty says she’ll happily forego the progressive label for old-fashioned common sense.

“I’m a native New Yorker who understands what it’s like to be on both sides of the courtroom. I understand the different roles in the courtroom, and I also understand that the district attorney’s office is fundamentally about law enforcement and that we have to prosecute cases,” she adds.

“It’s a vital role for all communities in New York. And you have to do it fairly and justly and constitutionally.  But I think this is kind of lost in the race. I feel like I’m the only one talking about it.”

So where is Crotty positioned as the Democratic primary approaches on Tuesday, June 22?  It’s hard to know – the mayoral race is where most of the focus is, and polling for the DA contest has been infrequent and inconsistent.

Surveys have revealed that combating rising crime is the number one issue motivating those voting for mayor, so it’s not a stretch to assume the same would be true for the other offices up for election.

“I think you have to work with the police. I don’t think you vilify them,” says Crotty.
“Defund the police? Never. I wrote an op-ed where I said they should be trained longer and paid more because I think the starting salary…isn’t a professional salary you can raise a family on in New York City.”

Speaking of family, Crotty comes from a notable New York Irish one.  Her paternal great grandparents emigrated from Co. Clare to Buffalo, New York, and Irishness was handed down from generation to generation.

She’s the daughter of Paul Crotty, an esteemed senior judge on the United States District Court for the Southern District of New York, and one of her uncles, Gerald Crotty, served as first assistant counsel to New York Governor Hugh Carey, then as counsel and secretary to Governor Mario Cuomo.

The Crottys – her father is one of six sons, all of them lawyers – never forgot where they came from.  “My grandfather Peter was one of the firstborn in the U.S. He was a mailman and worked his way through law school and became a Democratic Party leader,” says Elizabeth.  Peter was a pivotal upstate New York operative who helped secure the state for John F. Kennedy during his presidential run.

Crotty and her two brothers grew up in Manhattan’s Stuyvesant Town neighborhood.  She and her family were regulars at the St. Patrick’s Day march up Fifth Avenue.

“I was an Irish stepdancer with Jerry Mulvihill’s school,” she says.  “We were always very aware of our heritage and proud of it.”

Crotty graduated from Fordham Law School in 2000 and went straight to work in the DA’s office. She spent six years there, four of them in the trial division and two in investigations.  When she left the office she began a career in civil law and litigation, but her heart remained in criminal law so she and a partner, Jeremy Saland, opened their own defense practice, Crotty Saland PC, 12 years ago.

“I have always liked criminal law, the stories, the people I’ve met, and I know the process very well.  I’m the only one who has been working on both sides, as a prosecutor and a defense attorney, for 21 years,” Crotty says.

“I understand the office and how it runs, and I understand both sides. Ironically, I’m the one in this race who has kept the most people out of jail.”

Crotty announced her intention to run for Manhattan DA last year and got on the ballot in April of this year.  She’s a full-time candidate now, and she feels her message is resonating.

“There have been highs and lows, but it’s been a really meaningful personal and professional experience,” Crotty says.  “I fearlessly went out there with my message of public safety at a time when no one else wanted to talk about it.  Current events have caught up with me.”

Crotty believes in the criminal justice system but acknowledges that it “needs to work better and fairer.  And I believe we can make it better,” she says.

Ending cash bail, a position espoused by her opponents is not something Crotty would advocate if she was elected.  Bail reform, a contentious issue in New York, is in need of more reforms, she adds.

“You have to have a system where people who get re-arrested should not be given desk appearance tickets.  They should be put through the system,” she says.
“And I do think we need to have a misdemeanor training course. I think there should be a carve-out for certain misdemeanors.”

As far as prosecuting Donald Trump -- the DA’s office under current occupant Cyrus Vance recently convened a grand jury to investigate him and the Trump Organization – Crotty says she’ll just follow the facts if she’s DA.

“I don’t think Donald Trump was a good president. I never voted for him. But we will see where the investigation leads.”

One of Crotty’s opponents, Tali Farhadian Weinstein, has raised millions of dollars and is married to the founder of a hedge fund. Crotty can’t compete with Weinstein’s reservoir of cash, and she’s fine with that.

“To quote Shirley Chisholm, I am unbought and unbossed. I think this really signifies my campaign,” she says.