Ryanair asks wheelchair user to walk up stairs, leaves her crying at the gate

The plane just took off without her. 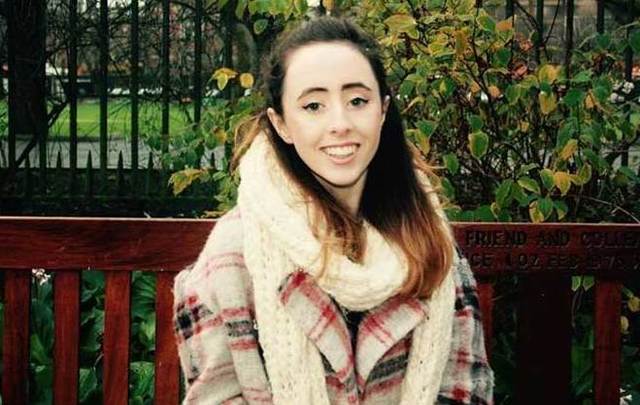 Ryanair staff at Dublin Airport left a wheelchair user crying at the gate after telling her they didn’t have time to help her to board the flight, “no exceptions.”

Running on 1.5 hours sleep and jetting off to London for Fashion Week! #lwf

Trinity College student Niamh Herbert was looking forward to attending London Fashion Week with friends from the university’s Fashion Society. After she arrived at the gate in Dublin Airport she was originally told to wait 15 minutes for assistance by cabin crew, before being asked whether she was able to climb the stairs to the flight, “for easiness sake”.

In what she later described as an example of “shocking ableism”, the captain at that point rang through to tell her he was leaving without her.

And the captain is pulling off without me. @Ryanair you can't apologise for this.

After she threatened legal action Ryanair later told her she could catch the next flight to London but she already felt that her vacation was “pretty much ruined”.

Only when threatened with a lawsuit did @Ryanair agree to put me on the 8:10 flight. How pathetic of them.

Air-hostesses are v uncaring and have left me sitting at gate 104 crying my eyes out. Classy, @Ryanair . Your staff is terrible.

Her friends - who were allowed to board the flight - waited for her at the airport in London but when they asked staff for the captain’s name, they were greeted with a stony wall of silence.

Despite her upsetting experience, Niamh has yet to receive an apology from Ryanair staff and the only acknowledgement of the incident has been a bizarre tweet from the company in which they said, “Hi Niamh, Our Crew at Dublin Airport are providing assistance. Please advise if you need any further information. LR”.

Not even an apology. https://t.co/xUOmTYZRIf

It just so happened that Niamh was also fulfilling her role as curator for the Twitter account @Ireland. Each week the Twitter community is hosted by a different Irish person or Hibernophile somewhere in the world.

In a post on her Facebook page that’s been shared over a hundred time, Niamh wrote, “My plea is for you all to circulate this, and make sure Ryanair is held accountable for crimes of discrimination.”

Now boarding the later flight to London, will check in here when I land!

Speaking to IrishCentral from London, Niamh said that Trinity’s student union president had contacted the university’s attorney who would look to see if Ryanair had breached Irish disability legislation.

Still feeling very upset, but I'm back with my friends now, so it's looking up! ✨ https://t.co/YSQ3v3pwqT

For now though, she has begun to enjoy her vacation in London before she heads back to Ireland and a meeting with an attorney.

London is actually so gorgeous, definitely one of the prettiest cities I've been to. #lfw

Ryanair released a statement to IrishCentral on Sunday. It reads: "While we regret any inconvenience, this customer arrived at the boarding gate 13 minutes before the flight was due to depart and had not booked any wheelchair services. Our crew provided full assistance and as a gesture of goodwill, transferred this customer on to the next available flight, free of charge, and the customer flew to London Stansted. Thousands of passengers of reduced mobility travel with Ryanair on a weekly basis without issue and any customers who require wheelchair assistance are asked to book it in advance."

For more discussion on this topic visit www.reddit.com/r/nottheonion