Staff were allowing illegal immigrants to sneak out of the airport without going through passport control. 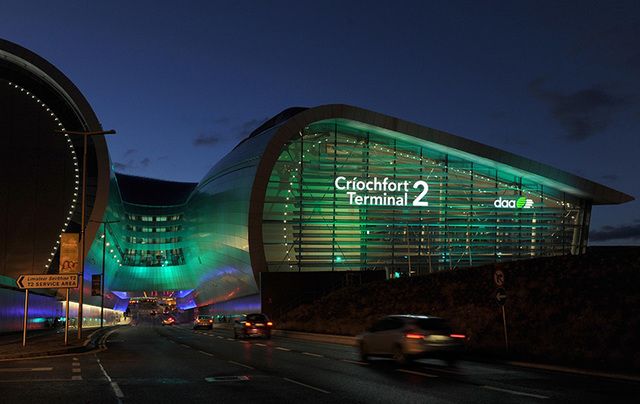 Terminal 2 at Dublin Airport. It's believed staff were allowing illegal immigrants to sneak out of the airport without going through passport control.

Two members of staff from Ireland’s national airline, Aer Lingus, have been arrested by police in connection to an international people smuggling ring.

The arrests, alongside a third suspect, took place at Dublin airport on Sunday night after allegations were raised that Aer Lingus staff were allowing illegal immigrants to sneak out of the airport without going through passport control.

The men, aged 28, 56 and 61, were then taken to police stations in Coolock and Ballymun in Dublin to be questioned about breaches of the Illegal Immigrants Trafficking Act and the Immigration Act.

John O’Driscoll from the Garda (Police)  Special Crime Operations unit said that his team had received “significant cooperation” from both Dublin Airport and Aer Lingus regarding the investigation.

He told reporters that law enforcement had been tipped off by a member of the public, who had got the strong impression whilst at Dublin airport that two individuals were preparing to help a passenger slip past airport security.

Migrants are thought to have been hurried into catering trucks that are not checked by officials when leaving the airport.

He added that the police had since conducted searches of premises and vehicles in an effort to establish just how many people might have slipped past immigration authorities.

“There is always the danger that employees who have the capacity to facilitate illegal immigration will do certain acts that will assist in that regard,” he told the Irish Times.

“It’s not the first time that State employees have been arrested by the Garda National Immigration Bureau where breaches of procedures were discovered.”

Illegal immigrants from outside the European Union were willing to pay huge sums to sneak into Ireland. “So there is always a temptation there for people to succumb to the offering of corrupt payments.”

Ireland’s Minister for Justice Frances FitzGerald released a statement insisting her Department was extremely vigilant to illegal immigration and that  “We have a huge amount of contact with Interpol and Europol. I’m very confident that with the new arrangements now in place, that database information is being shared more effectively than ever.”

O’Driscoll also pointed out that staff were increasingly refusing people permission to enter Ireland, and that in 2016 3,300 were denied leave to land, an increase of 15% on the previous year.

Aer Lingus declined to comment on the arrest, beyond the fact that they were cooperating with the police.

Dublin Airport Authority said they had, “been in touch with the Garda National Immigration Bureau in relation to this matter and is assisting them with their inquiries.”