The four expelled diplomats are believed to have cultivated contacts with paramilitaries in Northern Ireland in a bid to undermine the European Union by causing tensions over Brexit. 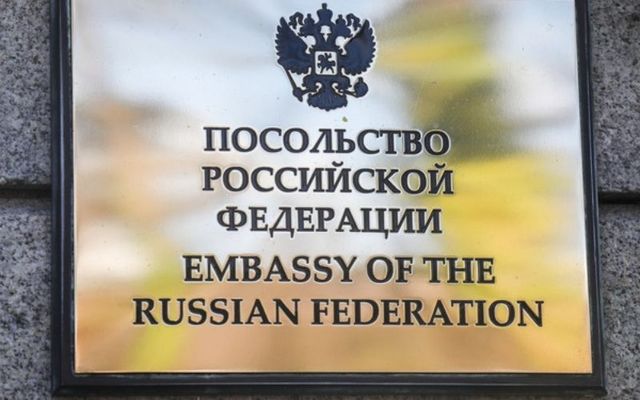 The Irish Government expelled four Russian diplomats suspected of being spies who had cultivated contacts with loyalist paramilitaries and republican dissidents in Northern Ireland in order to stoke political unrest in the region.

The Sunday Times reports that one of the four diplomats asked to leave Ireland was a Russian military intelligence officer working under diplomatic cover from the Russian Embassy in Dublin.

The four diplomats are believed to have cultivated contacts with paramilitaries in Northern Ireland in a bid to undermine the European Union by causing tensions over Brexit.

Russian intelligence services are also amplifying sectarian hate speech posted by loyalists on social media in an effort to undermine trust in public institutions in the region.

The GU, a Russian intelligence agency still commonly referred to by its previous title GRU, is spearheading the campaign to create political unrest in Northern Ireland, according to the Sunday Times.

The agency is waging a similar type of political warfare to that of the KGB during the Cold War, using third parties known as "useful idiots" to make contact with paramilitaries. Russian agents have also met with republican dissidents under cover of discussing history at public meetings and lectures.

The expulsion of the four diplomats last week aimed to reduce the "footprint" of Russian intelligence services in Ireland.

The Irish Government has had long-standing concerns about the number of diplomats based at the Russian Embassy in Dublin, according to the Irish Independent

The Dublin-based embassy is reported to be one of the largest Kremlin operations outside of Russia.

The Government has also revoked planning permission previously granted for the expansion of the Russian Embassy, citing national security concerns.

The embassy is used to collect and analyze intelligence gathered throughout Ireland and the rest of Europe.

A total of 30 accredited officials work at the Russian Embassy, compared to just six Irish officials working at the Irish Embassy in Moscow.