RTÉ's David McCullagh takedown of Filatov on RTÉ Six One News on Friday evening has received more than six million views on Twitter. 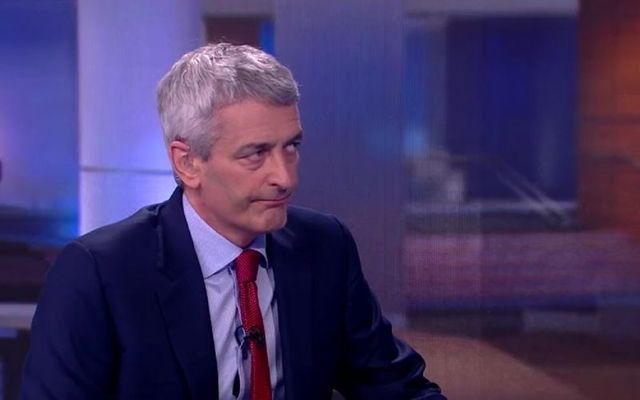 An Irish news presenter has earned global praise for his grilling interview with Russian Ambassador to Ireland Yury Filatov.

RTÉ's David McCullagh takedown of Filatov on RTÉ Six One News on Friday evening has received more than six million views on Twitter.

McCullagh challenged several incorrect and misleading claims made by Filatov during the six-minute interview, labeling the Russian Ambassador as an "apologist for slaughter".

The Russian Ambassador attempted to justify the Russian invasion of Ukraine by pointing to a "humanitarian tragedy" in Donbas, a region controlled by Russian-backed separatists.

"It is a humanitarian tragedy in Ukraine," McCullagh interjected.

"Amnesty Internation has documented indiscriminate attacks on civilian areas and strikes on protected objects such as hospitals by your country's army."

McCullagh also called out Filatov for a previous interview with RTÉ when the Ambassador claimed reports of a Russian invasion of Ukraine were "ludicrous".

"Ten days ago, you told Sarah McInerney on Prime Time that claims of an imminent Russian invasion of Ukraine were ludicrous, that they were an attempt by America to inflate tension.

"Either you did not know what was going on or you were lying sir, which was it?"

The RTÉ presenter informed Filatov that Sinn Féin and Labour had called for his expulsion and asked why the Irish Government should entertain his presence.

"Why should our government entertain your presence here when you're acting as an apologist for slaughter?" McCullagh said.

"It's a good question," Filatov replied. "You might ask your government, it's up to them. I can leave any time."

The interview has earned international praise from journalists and politicians around the world.

British journalist and presenter Andrew Neil said that McCullagh's interview was an example of "how you interview a Kremlin apologist", while CBS correspondent David Begnaud described it as "a devastatingly effective, fair, and fact-based interview".

A devastatingly effective, fair and fact based interview by an Irish journalist with Russian’s ambassador to Ireland. “Why should our government entertain your presence here when you’re acting as an apologist for slaughter.” pic.twitter.com/nKa3m7MoAh

"This is why we should expel ambassadors and downgrade relations. The one in Britain @mfa_russia is lying for a tyrant and an apologist for war crimes too," Tugendhat said.

This is why we should expel ambassadors and downgrade relations. The one in Britain @mfa_russia is lying for a tyrant and an apologist for war crimes too. https://t.co/5L2k8qerRW

US Representative Alexandria Ocasio-Cortez also liked a video of the interview posted on Twitter.