Pubs in Russia are reportedly running out of Guinness after parent company Diageo halted exports to the country in early March after the invasion of Ukraine. 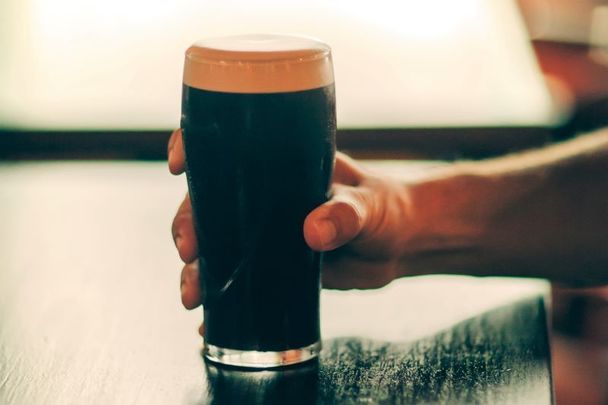 Pubs in Moscow have reportedly run out of Guinness after Diageo halted exports to Russia in early March after the Ukrainian invasion. Getty Images

Pubs in Russia’s capital city of Moscow have reportedly run out of popular Irish brands - including Guinness - after parent company Diageo halted exports to the country in early March.

“I was in an Irish bar last night and have not had any Guinness for two to three weeks and they say there is none to be had in Moscow,” Irishman Chris Weafer, who has lived and worked in Russia for 24 years, told the Irish Independent.

“There’s plenty of Harp still and loads of Teeling Whiskey, but none of the black stuff.”

Harat's, which claims to be the largest chain of Irish pubs in the world and has locations in 39 Russian cities, is among the pubs feeling the Irish squeeze.

“Our last barrels of Guinness and Kilkenny have finished sadly but we have plenty of other Western beers and Russian beer in stock," Oleg, a barman at the New Arbat street Harat's location in Moscow told the Irish Independent.

“There is talk of sourcing some Russian-made Guinness but we haven’t seen it yet or tried it.”

Diageo, whose brands include Guinness, Harp, Kilkenny, and Baileys, previously said in a statement that on March 2, it suspended all exports of its products to Russia. It also suspended the manufacturing of its beers in Russia, which are brewed locally under licence by third parties.

Diageo began its own distribution in the Russian market in 2006. The company says its brands are consumed by millions of Russians in more than 70,000 shops and 19,000 bars and restaurants across 11 time zones.

“Our priority is the safety of our people in Ukraine and the wider region," Lisa Cashin, spokesperson for Diageo Ireland, told the Irish Independent. “We have paused the export of our products to Ukraine and Russia while we focus on supporting our employees and the humanitarian relief effort.”

Pernod Ricard, which acquired Jameson manufacturer Irish Distillers in 1998, has suspended sales in Russia until further notice, while Irish whiskey company Tullamore Dew has also joined the boycott of Russia, saying that it took the decision to ensure the safety of its employees.

On 8 April, the European Union, including Ireland, adopted a fifth package of sanctions in light of "Russia’s continuing war of aggression against Ukraine, and the reported atrocities committed by Russian armed forces."