Ireland makes "the assumption that, even if we are attacked, the British and the Americans will come and save us anyway," Tanaiste Leo Varadkar said in light of Russia's invasion of Ukraine. 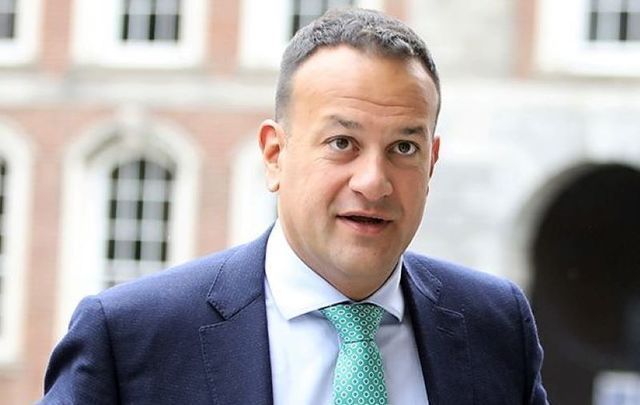 Tánaiste Leo Varadkar has said that Ireland will have to increase its military spending in the future, adding that it would be unwise to assume that the country is safe from attack just because it is militarily neutral.

"If anything, this attack on Ukraine should be a wake-up call for all of us to be willing to defend our system because a system worth building is worth defending," Varadkar said in the Dáil during Leaders Questions yesterday, March 3.

Varadkar continued: "I do think we need to increase defence spending. We need to pay our military personnel more. We need better equipment. We need to be able to guard our own seas. We need radar over our own airspace.

"The assumption that we have made for 70 years is that nobody would attack us because we are a country that is neutral militarily. Ukraine was neutral militarily. It was not part of any military alliance. It was attacked because it was politically part of the west, or at least wanted to be.

"We make the assumption that, even if we are attacked, the British and the Americans will come and save us anyway. I am not sure that is the kind of assumption a sovereign country like ours should make."

Video of Varadkar's comments for people to see for themselves… pic.twitter.com/OqboIeWkJR

The Taoiseach said it would be "naive" not to reflect on the Russian invasion of Ukraine, stating that Ireland needs to "think about deeper involvement in European Defence".

"I think this naked aggression has really exposed the vulnerability at the heart of the European Union and its project because people are not playing by the same rules at all," Martin said.

Ireland has contributed to the EU's €500 million support package for Ukraine, providing non-lethal military equipment while "constructively abstaining" from the provision of lethal equipment.

Ireland is also set to bolster its naval fleet by buying two warships from New Zealand.

The Irish Examiner reports that the Irish Government has reached a deal with the New Zealand Government to buy two short-range warships that were decommissioned because they didn't meet the New Zealand Navy's long-range patrol requirements.

The "Lake Class" vessels are smaller than the P60 class ships that the Irish Navy currently uses to patrol the Atlantic Ocean.

The P60s also require a crew of 45, while the smaller Lake Class vessels only need a crew of 25.

The ships are likely to be based off the East Coast and will mainly be used for fisheries patrols in the Irish Sea.

The Irish Naval Service is also looking to recruit extra personnel to make up for severe staff shortages.

The Naval Service currently boasts 200 fewer staff than its minimum strength of 1,094, causing the navy to tie up two ships, the flagship LÉ Eithne and LÉ Orla in June 2019.