Co Down golfer Rory McIlroy is the current world number one in the Official World Golf Ranking after a victory at the CJ Cup in South Carolina. 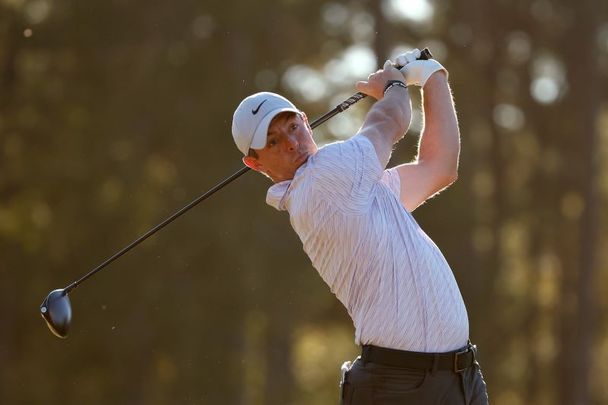 October 23, 2022: Rory McIlroy of Northern Ireland plays his shot from the 17th tee during the final round of the CJ Cup at Congaree Golf Club in Ridgeland, South Carolina. Getty Images

Rory McIlroy is back on top of the world again for the ninth time after his one-shot victory at the CJ Cup in South Carolina pushed him to number one in the rankings for the first time since 2020.

Seven birdies on Sunday saw McIlroy take the title ahead of America’s Kurt Kitayama on 17-under-par when bogeys on the final two holes failed to derail him.

Can’t ask for a better start to the season than this. Extremely proud of the work that I have put in to get back to World No. 1. So grateful for the support of my team and fans all over the world. @congareegolf is an incredible place and the fans this week were amazing. pic.twitter.com/LHK9PfQdSa

Asked about his return to world number one status, McIlroy said, “It means a lot. I’ve worked so hard over the last 12 months to get myself back to this place. I feel like I’m enjoying the game as much as I ever have.

“I absolutely love the game of golf. When I go out there and I play with that joy, it’s definitely shown over these last 12 months. It feels awesome. I’m looking forward to celebrating with my team tonight and the next couple of weeks because I think it’s a big achievement. I’m really proud of myself right now and I want to go and enjoy this.”

Talking further about his new love for the game of golf, McIlroy added, “Just the journey of trying to get the best out of myself, I think that’s the satisfying thing. I never feel like I’ve figured this game out – I don’t think I ever will figure it out – but every day, I wake up trying to get closer.

“You know, this tournament last year was the start of me trying to build myself back up to this point. I had a really rough Ryder Cup. I’ve talked about that at length. I think I was outside the top 10 in the world. It’s not a position that I’m used to being in.

“I just think about everyone that has made a difference in my life, obviously, not over the last 12 months, but ever.”

After winning his 23rd PGA Tour title, FedEx champion McIlroy reflected on the Texas Open last March when a missed cut prompted a change in attitude.

“If someone had said I would be world number one in October after missing that cut. I would have asked them what they were smoking. It has just been a wild six months. Now it’s all about going forward and trying to just keep this going,” he said.

“It’s a lot to process right now just with everything, but just really proud of myself with how I handled this week knowing what was at stake.”