Irish man in NY can be extradited to UK for 1980 alleged assault, judge rules

Irish man Rory McGrath is facing extradition from New York, where he's lived since the 80s, to the UK in relation to a 1980 incident in Leeds. 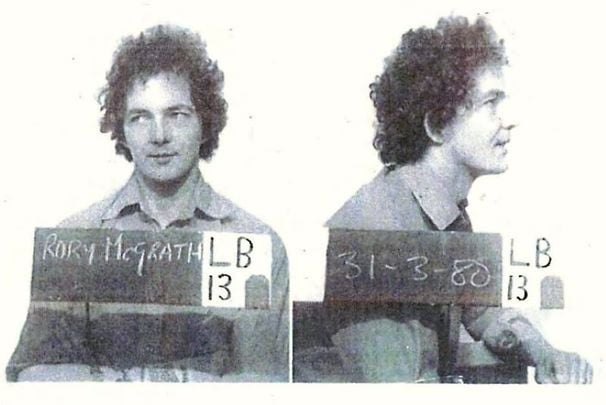 Rory McGrath, pictured here in March 1980 not long after the alleged incident outside of a Leeds pub where he is accused of breaking a police officer's nose. Court documents

Rory McGrath, an Irish man of dual Irish and American citizenship who has lived in New York since 1986, can be extradited to the United Kingdom in relation to a 1980 incident where he allegedly struck a police officer, a New York judge has ruled.

McGrath, who was arrested in May of this year and has been under house arrest ever since, is facing two counts of assault in the UK for an incident that allegedly occurred in March 1980.

Judge Paul E. Davison of the Southern District of New York ruled on December 15 that “the evidence submitted is sufficient to sustain the charges against McGrath, consistent with the applicable treaty.”

In his decision, Judge Davison noted that “this extradition proceeding does not require the Court to determine whether McGrath is guilty or innocent. The issue is probable cause, a common-sense standard which does not take into account questions of admissibility or compliance with identification standards which come into play at trial. The officer identifications here are amply sufficient to establish probable cause in an extradition hearing.”

McGrath is accused of breaking a police officer's nose during a brawl outside of a pub in Leeds, England on March 28, 1980, which resulted in him being charged with two counts of assault inflicting bodily harm. His co-defendants were charged with occasioning bodily harm and received custodial sentences.

In October 1980, after he failed to turn up for a bail hearing, a warrant was issued by Leeds Crown Court for McGrath's arrest. It is believed McGrath left the UK prior to his bail hearing.

McGrath was ultimately arrested on May 14 of this year in New York, where he lives in the city's suburbs with his wife and two teenage children. He is retired after having worked in the New York City Carpenters Union.

Appearing before Judge Davison on the day of his arrest, McGrath said he was surprised to have been arrested.

The judge later said during the hearing: "On the one hand, Mr. McGrath has apparently been a fugitive from justice for most of his adult life. On the other hand, I am told that he attended a wedding in the United Kingdom during the intervening years, which suggests to me that he did not view himself as a fugitive."

McGrath was released on a $1 million personal recognizance bond and had to surrender his passports. He was placed on house arrest after his lawyer successfully argued for it, citing McGrath's myraid of health problems that stem in part from his time as a volunteer at Ground Zero after 9/11.

Upon granting him bail, Judge Davison told McGrath: “Mr. McGrath, I am taking a chance on you. Don’t blow it. Do you understand?," and added, "You know, this has been hanging over your head all your life, and you need to get it behind you. But really, really bad things will happen to you and your family if you violate the terms of this bond. Do you understand?”

McGrath said he understood both points.

An extradition hearing was eventually held on October 21. Afterward, McGrath and his team submitted character witness statements, including two from his colleagues in the New York City Carpenter’s Union, as well as one from a local assemblyman. Medical documents were also submitted.

Judge Davison ultimately found that McGrath is indeed extraditable, but denied the government's motion for remand due to, in part, McGrath's "flawless compliance with strict bail conditions" that he's been under since May.

The bail stipulations will continue while Judge Davison's December 15 order, as well as the transcript and evidence from the October 21 hearing, are forwarded to the US Secretary of State.