Wexford priest and his secretary stole $1.5 million from church in Florida, police say 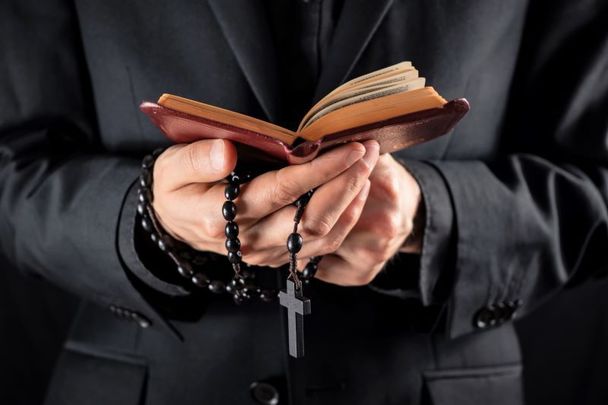 Father Richard Murphy passed away in 2020 and, therefore, no criminal investigation was opened against him, police said. Getty Images

Co Wexford native Father Richard Murphy, the former Pastor of Holy Cross Catholic Church in Vero Beach, Florida who died in 2020, and his associate Deborah True are accused of fraudulently depositing nearly $1.5 million of parishioners’ donations into a bank account over a five-year period.

The Vero Beach Police Department in Florida said on September 20 that it was contacted by the Diocese of Palm Beach in December 2021 in regards to a fraudulent bank account and possible misappropriation of funds that occurred over the course of approximately five years at Holy Cross Catholic Church located in Vero Beach, Florida.

According to Fr Murphy's 2020 obituary, True was Fr Murphy's long-time secretary who later became his caregiver.

“I will miss everything about him," True told VeroNews after Fr Murphy's death in March 2020. Fr Murphy, who was ordained in Co Wexford, had been pastor at Holy Cross for nearly 23 years.

"He was such a fantastic leader," True said. "He cared about the parishioners and they cared about him. He believed we needed to reach out to people in the community whenever there was a need.”

She added: “He really cared about Vero Beach. He was a private person who didn’t like accolades or awards. He did stuff from the heart.”

Vero Beach Police said on Tuesday that their investigation revealed that in 2012, True and Fr Murphy opened a bank account in the name of “Holy Cross Catholic Church,” which was hidden from the Catholic Diocese of Palm Beach.

Bank records show that nearly $1.5 million of parishioners’ donations were fraudulently deposited into the account since 2015, police said.

True used over $500,000 of those funds to pay off personal lines of credit from 2015 until 2020, according to police, and an additional $147,000 was withdrawn from the account and deposited into True’s personal checking account.

The investigation revealed that Fr Murphy also personally benefited from the funds in the account. Police noted Fr Murphy passed away in 2020 and, therefore, no criminal investigation was opened against him.

On September 19, True turned herself in at the Indian River County Jail in Florida on one count of Organized Fraud over $50,000.00. She has since bonded out and is awaiting trial, police said on Tuesday.