Almost a tenth of the Irish population now claim “no religion”, according to latest census figures. 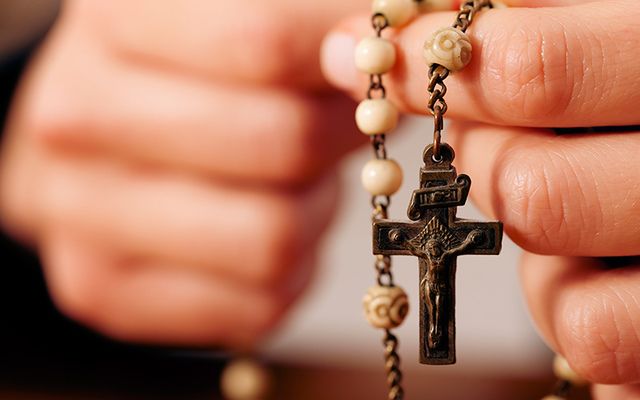 There has been a 73.6 percent increase in the number of Irish people with no religion, according to the latest census results published earlier today.468,400 Irish people claimed no religion in the 2016 survey rising by 269,800 people since the 2011 census. This now comprises 9.8 percent of the Irish population, the second largest group in the religion category behind Catholics.

The results, the first of 13 reports to be published this year by the Irish Central Statistics Office (CSO) on the 2016 census, also showed a decline in the number of Catholics in Ireland.

Back in 1991, 92 percent of the population identified as Catholic while only 2 percent responded with “no religion”. In 15 years, this has increased five times over to almost a tenth of the Irish population. The decline in Catholicism in Ireland may also be a result of a global trend noted by Pew Research Center which showed that across Europe the number of deaths among Christians exceeded the number of births.

Read more: Catholics abandon Mass in their droves according to new opinion poll

Perhaps another telling figure for the steady decline of the influence of the Catholic Church in Ireland are the census results for those who are divorced, for cohabiting parents who are not married, and for the number of same-sex marriages.

There was a significant growth in the figures for couples with children who were not married, with the numbers from 2016 showing a 32 percent increase in the number of children of cohabiting couples.

Included for the first time as an option on the census form in 2016 as a result of the 2015 marriage equality referendum, there was a total of 6,034 same-sex couples recorded, of whom 3,442 were male couples and 2,592 were female.

Graph of the main statistics from the Irish census 2016.

The increase in population can be seen as a natural occurrence as a result of this aging population as opposed to increased immigration to the country. During the five-year period measured, there were 344,400 births and 148,300 deaths leading to a natural increase that according to the CSO, is still the slowest growth in the past 20 years.

The first census 2016 report revealed the number of non-nationals in the country fell to 11.6 percent of the population (535,475). This is the first decline in non-nationals to be recorded since the question was introduced in 2002. The number of people with dual-Irish nationality has significantly increased, however, by 48,879 to 104,784 people since April 2011.

Interestingly, the average age of the non-Irish population increased by 2.5 years (almost twice that of all persons) to 35.4 years, while amongst Polish nationals it increased by 3.5 years (from 27.9 to 31.4).

The Gaelic League (Conradh na Gaeilge) today announced their disappointment but their lack of surprise that the number of people who speak Irish daily outside of the education system declined by 3,382 (four percent) people to 73,803. There was, however, an increase in the people using Irish weekly outside of the education system. There was also a slight decrease in the number of participants who said they could speak Irish to 39.8 percent of respondents, compared to 41.4 percent in 2011.

The organization has questioned the investment made by the Irish government into the 20 Year Strategy for the Irish Language 2010-2030. The strategy’s aim is to increase the number of Irish speakers and the census figures, the League believe, confirm the government’s failure to effectively support this strategy.

Do you think the census results reflect a changing Ireland? Will we see a further increase in people of no religion in the future? Let us know your thoughts in the comments section.