600 children between 1960 and 1973 were tested on in Ireland's Mother and Baby Homes without license or parent's permission. 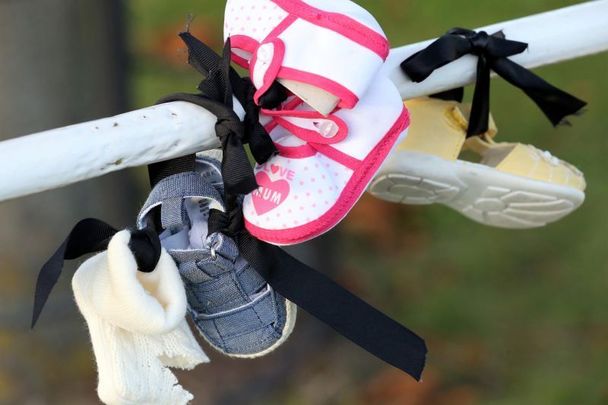 Despite acknowledging their products were used in unlicensed medical trials at the Irish religious order-run homes for unmarried mothers, GlaxoSmithKline refused to pay reparations to the residents of the Mother and Baby Homes.

A report by the Commission on Mother and Baby Homes found seven vaccine trials and two trials of infant milk formula were carried out on more than 600 children between 1960 and 1973. These unlicensed trials were carried out on behalf of Glaxo Ltd and the Wellcome Foundation, both “legacy companies” of GlaxoSmithKline (GSK).

Two University College of Dublin professors, Patrick Meenan and Irene Hillary, ran most of the trials. They did not obtain licenses or obtain consent from parents, according to the recent report.

The Sunday Times reports that Ireland's Minister for Children, Roderic O'Gorman, wrote to Dame Emma Walmsley, GSK’s Chief Executive. He said GSK has "a moral and ethical obligation to take appropriate action”. He also called on the company to “acknowledge its corporate responsibility for these trials”.

Eimear Caslin, the General Manager of GSK, responded to the Minister's requests and the report saying that "experienced" doctors who conducted these trials "were personally responsible for ensuring they were carried out with the licenses, permits, permissions, and consents required under Irish law and practice at the time”.

All of the doctors who took part in these trials, including Meenan and Hillary, as well as Victoria Coffey, a pediatrician and medical researcher at Trinity College Dublin, and Margaret Dunleavy, a medical researcher, and public health doctor.

GSK's General Manager Caslin continued "While the findings of the commission’s report are extremely upsetting, they do not question Wellcome or Glaxo’s responsibilities and duties in developing, manufacturing, and supplying vaccines. For this reason, we do not propose to pay reparations in response to the issues raised in the report.”

Rather than pay reparations, Caslin offered that GSK would "set up a dedicated and confidential information service” to answer questions from former residents and their families.

While the Irish government declined to comment on the GSK response, O'Gorman is expected to meet with senior executives of the company to discuss the response from Caslin.

In response to GSK's letter, Maureen Considine, a researcher with the Cork Survivors and Supporters Alliance, said she felt the response was hurtful. She said the trials were “conducted on the bodies of the most vulnerable people”, being unmarried pregnant women and their children.

She said "These companies made a lot of money from the supply of vaccines, medicine, and infant formula to the world.

“They try to make this stuff ancient history but it is still living memory. Some of these survivors and their children are actually still quite young.”

She added that GSK had passed up on “a less adversarial way to address its responsibilities” to the survivors of the mother and baby homes. She questioned to what extent it would open up its archives.