Father Con Cronin, a much-loved priest who tragically died after being struck by a bus, is remembered for his sense of humor during a Holy Communion ceremony in 2019. 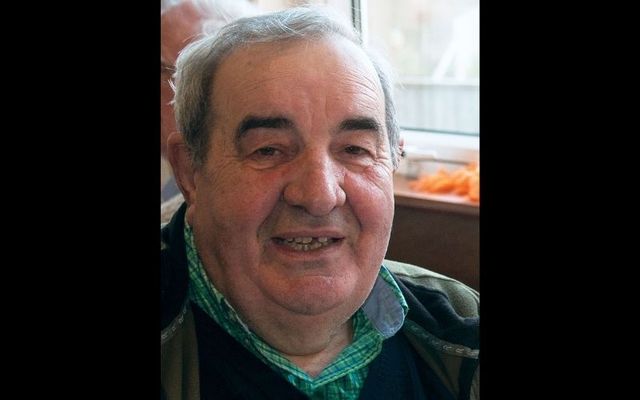 Father Con Cronin tragically died after being struck by a bus Rip.ie

A much-loved priest from County Cork, who tragically died after being struck by a bus, had previously gone viral after taking part in a dance performance during a Holy Communion in his local parish.

Father Con Cronin and a bus driver were both killed on Tuesday, August 3 when the bus driver, named locally as Mark Wills of Ballincolig, lost control of the vehicle.

It's believed Willis may have suffered a “medical trauma” that caused him to lose control of the bus, striking several parked cars and fatally striking Father Cronin on Strand Road in Monkstown.

The priest has been labeled a hero after reports he saved his colleague by pushing her out of the way before he was hit by the bus.

Since the terrible tragedy tributes have been pouring in for Father Cronin. Most notably he was remembered for his sense of humor which was captured in a video of him 'flossing' at his local church.

The viral video which was posted by Cork Beo, shows the dance craze being performed by young boys and girls on their Communion Day in the parish of Passage West. Unexpectedly at the end of the video, Father Cronin joined in on the fun, leaving the audience in the church in fits of laughter.

Fintan Gavin remembered the late Father Cronin saying, "will be remembered fondly for his unique sense of humor and his openness to all people."

Harbour Parish Churches held a candlelight vigil for Father Cronin, the bus driver, and those affected by the incident on Tuesday night.

Father Cronin will be laid to rest in Passage West on Friday, 6 August. Due to current Irish Covid guidelines, his funeral mass will be private.

Well-wishers can pay their respect and view a live stream of the funeral mass at this link from 2 pm (GMT). He will then make his final journey to Kilmacomogue Cemetery to be buried.