Father Con Cronin and bus driver Mark Wills were both killed in a tragic accident on Strand Road in Monkstown, Co Cork on August 3. 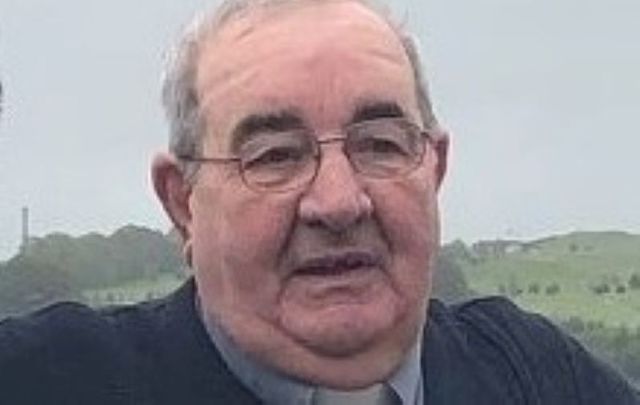 Father Con Cronin was the curate in the Harbour Parishes of Passage West and Monkstown in Co Cork. Douglas Union of Parishes with Frankfield, Facebook

Father Con Cronin and a bus driver were both killed on August 3 when the bus driver, who has not been named, lost control of the vehicle.

Gardaí say they are following a line of inquiry that the bus driver, named locally as Mark Wills of Ballincollig, in his 50s, may have suffered a “medical trauma” that caused him to lose control of the bus, striking several parked cars and fatally striking Father Cronin on Strand Road on Tuesday afternoon.

The bus driver, Wills, is being remembered by Bus Éireann as “a long-standing and greatly valued employee based at the Capwell depot” in Cork City.

Bus Éireann chief executive Stephen Kent said: “This is a very tragic event. This is a terrible and sad day for everyone at Bus Éireann, and we are all heavy-hearted. Our thoughts are with the families and communities affected by this loss.”

Fintan Gavin, the Bishop of Cork and Ross, said he learned "with utter shock and sadness" of the death of Father Con Cronin, the curate in the Harbour Parishes of Passage West and Monkstown in Co Cork.

“Our heartfelt thoughts and prayers go to Fr Con’s family, his wide circle of friends, parishioners, and his fellow priests in the St. Patrick’s Missionary Society, Kiltegan, as well as the priests of the Diocese of Cork and Ross."

Bishop Gavin said he extended his "prayerful support" to the families in mourning, as well as those who witnessed the accident and those who responded to the scene with professionalism and kindness.

“Fr. Con has served in the Harbour Parishes since 2012 establishing a warm rapport both pastorally and personally with all to whom he ministered and all who had contact with him.

"He will be remembered fondly for his unique sense of humor and his openness to all people.

"He died on the day when the Gospel reminds us what happened the day Jesus asked Peter to step out of the boat and come to him across the water. Jesus called out to him, saying, ‘Courage! It is I! Do not be afraid.’

“Fr. Con who was ordained in 1979 courageously ministered in Africa with the Kiltegan Fathers for 25 years before returning to Ireland in 2004 where after promoting the missionary work of the church he settled into parish life in his native Co Cork.

“His love for his native place and its people — the Borlin Valley in Bantry Parish — has never wavered.

“All who know Fr. Con are grateful for having known him and our diocese is blessed that he ministered among us.

“We commend both men to the Lord and pray God’s comfort and consolation for all those who are in mourning.”

Harbour Parish Churches held a candlelight vigil for Father Cronin, the bus driver, and those affected by the incident on Tuesday night.

Father Cronin, along with Father Sean O’Sullivan, conceived a podcast for the Harbour Parishes to “create a bridge” during the pandemic.

In 2019, Father Cronin enjoyed a bit of viral fame after he was filmed doing the "floss" dance with children who had just made their first holy communion:

CORK PRIEST FLOSSES AT COMMUNION Local parish priest Father Con Cronin put his best dance moves on display at communion mass in Passage West. At the end of all the masses with 2nd class students leading up to communion Fr. Con would do 'the floss' dance with the kids and at the end of the Communion Mass last week, he got up and did the floss with all the boys and girls. neil@redfm.ie / 1850 104 106

Gardaí in Togher in Co Cork are appealing for any witnesses to this collision to come forward, as well as access to any potential dashcam or camera footage.