A priest who was photographed hearing confession in the car park of a church in Tallaght, Dublin has gone viral on Twitter. 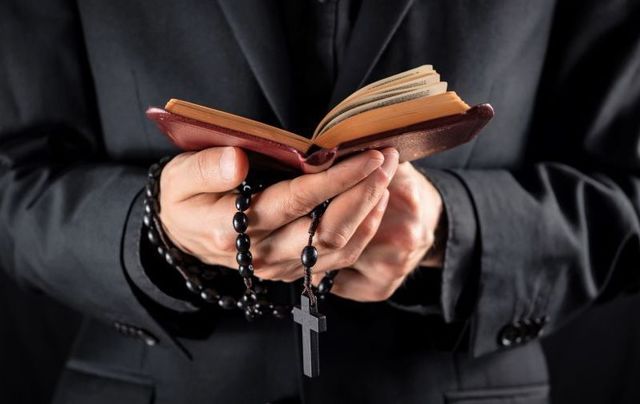 A priest hearing confession in a Dublin car park has gone viral on Twitter. Getty Images

St. Mark's Church in Tallaght, Dublin has been hosting the sacrament of confession in its car park in a bid to maintain social distancing.

A priest who was photographed hearing confession in the car park of a church in Tallaght, Dublin in order to adhere to social distancing has gone viral on Twitter.

The funniest thing I've ever seen in my life! Carpark confessions up in Dublin 😂😂 it's like something straight out of Father Ted!!

Indeed, St. Mark's Church in Tallaght, Dublin has been hosting socially distanced hearings of confessions in its car park since last month. The church is also offering live stream masses on its Facebook page.

Confessions will be available again later today (Friday 1st of May), between 3pm-4pm. 🙏🔥 Social distancing will apply.

Sir Stevo Timothy's tweet has since gained more than 5k likes, and drew lots of reactions:

“Ok ... this looks funny but in these strange times if this provides comfort for some in a safe environment then I would say well done”

“This is the most Irish thing I've ever seen in my life!

"Good on that Priest making such an effort to be there for people. I always found confession cray-cray myself, but he will have brought great comfort to many members of his congregation.”

“Father Ted was a documentary”

“imagine you were sat for ages, the neighbours would be having a field day wondering what you’d been up to!”

“Not so much funny but so unusual.  A sign of the times unfortunately.”

This isn't the first time Catholics in Ireland have gotten creative. In February, a church in Galway hosted a drive-thru for Ash Wednesday, and at Christmas time, a priest in Co Clare hears confessions at a local mall.

What do you think of car park confessions? Let us know in the comments