"Mercy on the Mall" saw priests hear confessions from Christmas shoppers in Co Clare in December 2017. 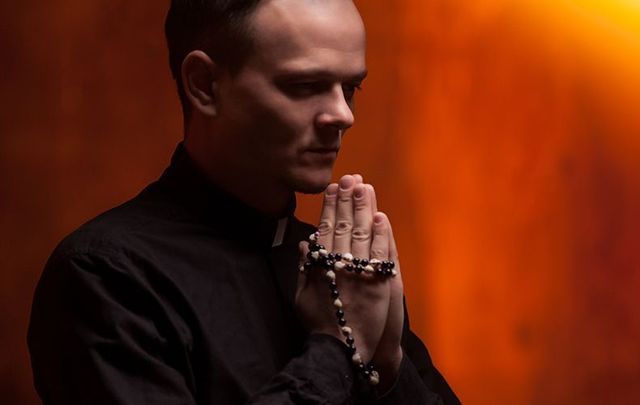 "Shoppers in Ireland who are looking for absolution after splashing out on their Christmas gifts have had their prayers answered." iStock

Shoppers in Ireland who are looking for absolution after splashing out on their Christmas gifts have had their prayers answered, after it was confirmed a group of priests will return to a bustling shopping center later this week to hear confessions.

The Mercy on the Mall took place for the third year in a row in December 2017 in the Skycourt shopping center in Shannon, Co. Clare.

Twenty priests and Bishop of Killaloe Fintan Monaghan will make themselves available throughout the precinct for "a confession, a chat, a blessing, or a prayer." And organizers said the event has become so popular, they expect the clergymen, who are all from the Killaloe Diocese, to have lengthy queues outside their confession stations from the moment they arrive.

Pat Kelly, manager of the shopping center said, "We're now in our third year and it's been a great success, more so than we originally anticipated, and I think I can safely say that the confessional is here to stay at this stage.

"Last year was busier than the year before with a constant stream of people waiting to make their confessions, and I expect that this year will be even busier.  The presence of the priests has increased footfall in the center, and the initiative has been embraced outside the county too, as I know that people from other parts of the country travel up especially for it."

Father Pat Larkin, one of the 20 priests selected to hear confessions, described the event as one of the "the highlights" of the working year. Larkin, parish priest of Kilmaley, Co. Clare, said, "I'm really looking forward to it.  It's proved a good way for priests to reach out to people, and over the last two years the people have really responded.

It's a real privilege to be able to do this, and I think it's worked really well. "This confessional has really become a big part of December 8, which is the day we celebrate the Feast of the Immaculate Conception." The Mercy on the Mall initiative was the brainchild of Shannon priest Father Tom Ryan, who was inspired by Pope Francis' call for members of the clergy to "go to the marketplace and proclaim the story of God."