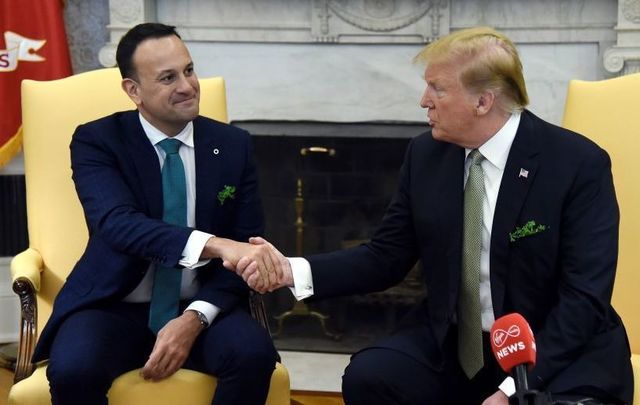 Taoiseach Leo Varadkar will present President Donald Trump with the honorary bowl at the White House during the traditional shamrock ceremony.

In 1952, Ireland’s ambassador to the United States, John Hearne, sent a small box of shamrocks to US President Harry Truman, unknowingly creating a tradition that is still carried out 66 years later.

President Truman was out of town at the time, but later sent Ambassador Hearne a message, in which Truman said that he hoped "relations between the two countries will continue to be on a good and effective level for generations."

Earlier on Thursday, Taoiseach Varadkar had breakfast with Vice President Mike Pence, bring his partner with him, the first openly gay leader to meet with the Irish American VP.

President Donald Trump and Vice President Mike Pence both announced that they are considering potential trips to Ireland in the near future.

EchoLive reports that during the breakfast, Vice President Pence said he’s interested in visiting Counties Sligo and Clare to visit his “grandfather’s homestead.”

Of his Irish grandfather, VP Pence said: “He was proud of being American but I can still hear that Irish brogue.”

How are you spending St Patrick's Day? Let us know in the comments section, below.