“Offensive” St. Patrick’s Day comments - Should this US magazine apologize?

A petition is circulating online demanding that Philly Mag apologize for comments it published ahead of St. Patrick's Day. 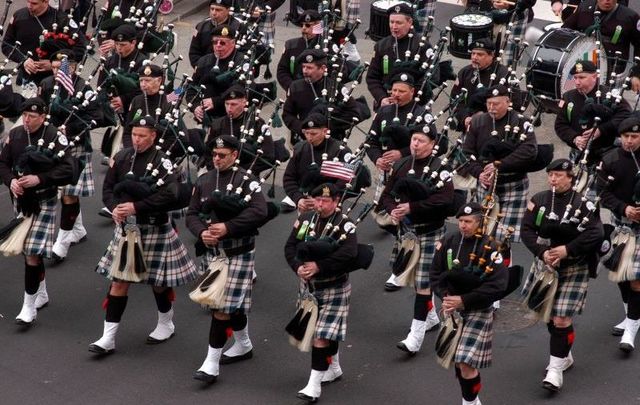 A petition is circulating online demanding that a Philadelphia magazine apologize for comments it published ahead of St. Patrick's Day 2019

Philadelphia’s Irish and Irish American community are demanding an apology from Philly Mag for an “offensive” article that was published ahead of St. Patrick’s Day.

In an article that has since been edited, Philly Mag writer Claire Sasko wrote in a round-up of the city’s St. Patrick’s Day events: “Here comes St. Patrick’s Day, and with it a wave of green-clad, likely intoxicated, Irish potato-eating Philadelphians and (plenty of) suburbanites.”

Philly Mag shared the story on their social media channels on March 7 ahead of the city’s March 10 parade.

The magazine's social media posts gathered angry responses, demanding both a boycott of the publication as well as an apology from Philly Mag.

Several users took screenshots of the original article before it was edited. Jack Campbell posted this screenshot on the Philly Mag's Facebook page:

The current, edited version of the article omits the comments that many have now deemed "offensive."

On the petition's site, Larkin wrote: “Such a negative stereotype-laden statement, defaming Americans of Irish Heritage is outrageous and unacceptable.”

“Such prejudicial, and offensive clichés wouldn’t be tolerated by any other ethnic community and are not acceptable to the Irish American Community either, we are due the same respect as any other ethnic group.”

“Philadelphia Magazine should be ashamed for publishing such a negative, biased threaded article.”

“If time was invested in researching the Irish community, the author would have discovered the significant positive role the Irish have played in the history of Philadelphia, our nation, and the countless charitable contributions they have made.”

“The Irish community and their supporters, have voluntarily signed this petition and are requesting Philadelphia Magazine and Ms. Sasko issue an unambiguous public apology to its readers and the Irish American community.”

However, when approached for comment, Philly Mag editor Tom McGrath said in an email to IrishCentral that Sasko’s article was misunderstood: “I’m sorry that a few people have chosen to misread the line in the story as being disparaging of the Irish.”

“In fact, it was a general comment about the St. Patrick’s Day holiday in Philadelphia, during which people of various backgrounds have been known to enjoy a libation or two (I know because I’ve been one of them). And it was a comment about Philadelphian’s love of Irish Potatoes (the piece linked to a story about that delicious Philadelphia tradition).”

“We removed the line from the story because of the way it was being distorted and taken out of context on social media. However, I don’t think we have anything to apologize for.”

So, what do you think? Should Philly Mag apologize, or was it simply a misunderstanding? Let us know in the poll below:

Let us know in the comments what you think about Philly Mag's St. Patrick's Day story!