Senior Irish American leaders have spoken out against Secretary of State Rex Tillerson’s plans to axe peace envoys to Northern Ireland and other troubled regions of the globe. 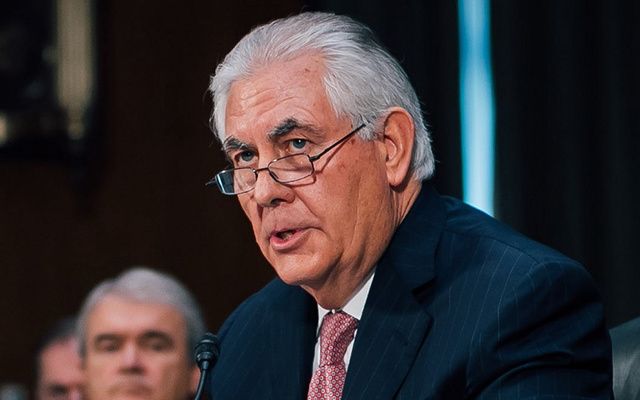 Senior Irish American leaders have spoken out against Secretary of State Rex Tillerson’s plans to axe peace envoys to Northern Ireland and other troubled regions of the globe.

The State Department is under pressure after the White House proposed a significant 30% reduction in its budget – $37.6 billion in total.

Currently, there are 70 special envoys working in various regions, helping the people in these troubled areas to find a peaceful path forward. Tillerson believes this is far too many.

Bloomberg Politics stated that “the representative for Northern Ireland issues [is] a position seen as increasingly unnecessary since the Good Friday agreement was implemented in 1998.”

However, prominent Irish Americans disagree with that analysis and think United States through that position still has a vital role to play in the affairs of the province.

Former Connecticut Congressman Bruce Morrison told IrishCentral, “Peace takes peacemakers. Saving money by slashing envoys is a way to make foreign policy more expensive and less effective. Northern Ireland is Exhibit A for the value of envoys. Prior administrations of both parties have understood this.”

The Ancient Order of Hibernians was even more forthright.

“It highlights a glaring, across-the-board U.S. disconnect from current events on the ground in Northern Ireland and the status of the peace process.

“To be frank, we cannot conceive of a scenario where a Special Envoy to Northern Ireland is more needed than now to act as an independent adjudicator and reclaim the peace process. History is replete with examples of what happens when the US disengages prematurely as a force for good. It is the wrong time for the US to take the off ramp on the road to peace in Northern Ireland.”

Stella O’Leary of Irish American Democrats said the end of the position was a sad day as she believed that a “US Envoy is still very much needed in Northern Ireland.”

Northern Ireland’s main political parties remained locked in a stalemate since the Legislative Assembly collapsed in January of this year.

Power-sharing will not resume until the Democratic Unionist Party and Sinn Féin come to an agreement.