The Deputy leader of the party stated that he would be open to the idea of the British flag flying over Leinster House if it would lead to a United Ireland. 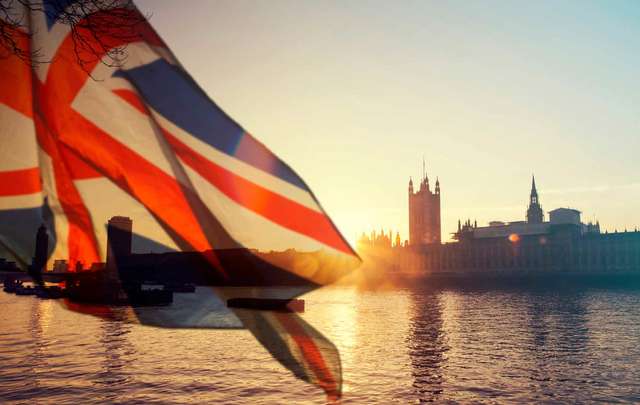 British union jack flag and Big Ben Clock Tower and Parliament house at the city of Westminster in the background. Getty

If it led to a United Ireland, Sinn Féin’s Deputy Dáil leader says that he would be open to the idea of the Union Jack flying over Irish government buildings.

A leading member of Sinn Féin has revealed that he would be open to Britain's flag, the Union Jack, flying over Leinster House, if it would help the cause of a United Ireland.

Speaking at the Irish political party's think-in in Cavan on Tuesday, Pearse Doherty, Sinn Féin’s deputy leader in the Dáil, stated that while he could not imagine a day when the Union Jack would ever fly over Irish government buildings, he does believe that a discussion needs to take place about accommodating the Unionist tradition in a new or United Ireland.

“We need a conversation about symbolism, for the million people who identify as British and who believe deeply in their identity,” Doherty said, speaking in Irish at the think-in.

"This is not just a question for Sinn Féin, but other parties in the South should come together to discuss this what kind of united Ireland there will be.”

. @PearseDoherty says he does not see the day the Union Jack would be flown over Leinster House, but would be willing to consider all proposals to deliver a United Ireland #iestaff via @Elaine_Loughlin

While Doherty added that polls showed a majority in favor of a united Ireland, it was noted earlier on in the day that up to 500,000 jobs would be lost in the public sector if it was to happen.

Detailing their predictions for the unification that they say is inevitable, Sinn Féin’s "Irish Unity - An Activists Guide" envisions that 200,000 jobs in Northern Ireland and 300,000 in the Republic would be lost.

It also claims, however, that it would be more efficient under one government rather than two.

"I think it's inevitable that we will have a United Ireland," said Sinn Féin’s David Cullinane.

What would you make of the Union Jack flying in Ireland? Let us know in the comments section, below.