"Looney said he had been 'deeply shocked and saddened' by the events unfolding in Ukraine and 'my heart goes out to everyone affected.'" 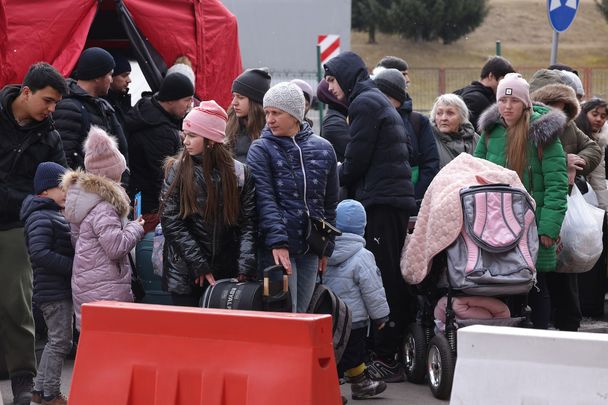 The Ukraine crisis has forced the spotlight on to prominent Irish leaders of Russian-based companies. There have been high-level resignations from major companies there and intense social media pressure on other executives whose immediate plans remain uncertain.

Bernard Looney, the Irish chief executive of British Petroleum, stepped down this week with immediate effect from the board of Rosneft, the Russian oil giant.

Looney, a Co. Kerry native came under mounting pressure since the Russian invasion of Ukraine over BP’s interest in Rosneft.

BP also confirmed that it was exiting its interest in Rosneft, where it held a 19.75 percent stake, the second-largest stake in the company after the Kremlin’s.

Looney said he had been “deeply shocked and saddened” by the events unfolding in Ukraine and “my heart goes out to everyone affected.”

He added, “It has caused us to fundamentally rethink BP’s position with Rosneft.  I am convinced that the decisions we have taken as a board are not only the right thing to do, but are also in the long-term interests of BP. Our immediate priority is caring for our great people in the region and we will do our utmost to support them. We are also looking at how BP can support the wider humanitarian effort.”

Looney, 51, was also a trustee of the Russian Geographical Society, which was chaired by President Vladimir Putin. Last year Putin paid personal thanks for Looney’s contribution to the society.    Looney has now also stepped aside from the society.

Bernard Looney, BP chief executive, has insisted it “sticks to business” in Russia

Yet he is a trustee of the Russian Geographical Society, described by Putin as “facilitating the study of our ‘native land and its people’ in the broadest sense of the expression” pic.twitter.com/sUwprzcKS5

Pressure from social media sources is also on another Irish person with a high-ranking position in Rosneft, the Irish Independent reported.

Athlone-born Avril Conroy, a mother of two in her mid-50s who has lived in Moscow for 30 years, is head of retail operations at Rosneft.

Conroy, who started her working life as a 16-year-old schoolgirl with a part-time job at Dunnes Stores, is seen as Ireland’s highest-profile and best-connected executive in Russia.  She was appointed to her job by Rosneft President and CEO Igor Sechkin, a former deputy prime minister of Russia in Putin’s Cabinet.

Conroy manages more than 3,000 petrol retail sites, covering 66 regions, with responsibility for more than 50,000 staff.  She heads the Irish Business Club in Moscow and has been a regular leader of the St. Patrick’s Day parade in the city.

She reckoned in previous interviews that her time in Dunnes Stores gave her the best training she ever got in her life to be a retail manager.

She had not replied to emailed requests for comment on her Russia status.

Also among those with high Irish business profiles in Moscow was Trinity College graduate James Corrigan, 44, who, until two weeks ago, was managing director of the merchant banking and advisory department at Sberbank, which controls 45 percent of all Russian deposits and a third of all loans.  Sberbank is run by Putin’s former Economy Minister Herman Gref.

A September 2013 profile of Corrigan said, “If there’s a multi-billion dollar real estate deal going down in Russia chances are Corrigan has some of the action.”

He no longer works at Sberbank, but he is understood to be pursuing other projects in Russia. He told the Irish Independent in a statement this week, “I worked at Sberbank for over 10 years and my last day at the bank was February 15, 2022. My decision to leave the bank, taken at the end of last year, was unrelated to Ukraine.”