Northern Ireland and England could be linked by two tunnels rather than Boris Johnson's bridge. 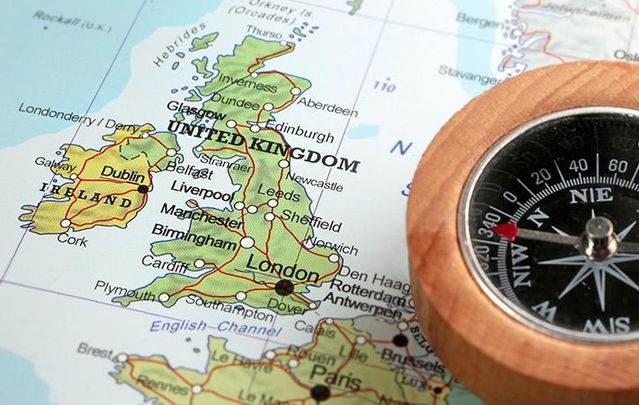 Ireland and the United Kingdom. iStock

Northern Ireland and England could be linked by two tunnels rather than Boris Johnson's bridge.

Last year, British Prime Minister Boris Johnson put forward the suggestion of linking Northern Ireland to the rest of the U.K. by building a bridge over the Irish Sea.

The plans would see a 28-mile bridge between Larne and Portpatrick in Scotland, though an alternative route was also being considered.

In December, Johnson advised the nation to "watch this space,” while Taoiseach Leo Varadkar said the construction was something worth considering.

However, the best course of action might well be to build a tunnel instead, according to the Institution of Civil Engineers (ICE).

They say they want to dig two high-speed rail tunnels under the Irish Sea to link the four countries of the U.K. together for the first time.

The idea being that a tunnel would be far less susceptible to bad weather than a bridge would.

Proposed bridge between Northern Ireland and UK could be replaced by a TUNNEL https://t.co/IJfekrbuGe via @theirishpost

The cost for building the tunnel would be around £15 billion, similar to the price of building the proposed bridge.

The exact locations of the entry and exit points of the tunnels are yet to be confirmed.

It would represent a similar feat of engineering to that of the Channel Tunnel, which connects England and France.

Construction of the 31-mile tunnel took six years and it was first opened in 1994.

The longest tunnel in the world with an undersea segment is the 33-mile long railway tunnel running from the Japanese island of Hokkaido to mainland Japan.

The proposed Anglo-Irish tunnel -- if built to the specifications mentioned above -- would be over twice the length of this and become the longest undersea tunnel in the world.

What do you think? Would a tunnel, like the Channel Tunnel, between the United Kingdom and Ireland be a good idea?