Divisions within the Irish Government exposed as some feel Trump is too toxic a guest after Charlottesville handling. 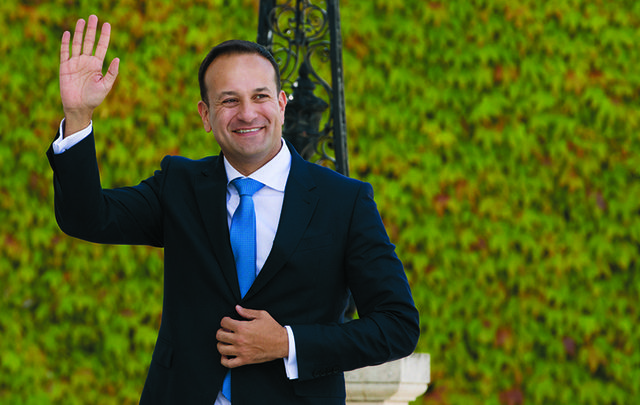 In the wake of Trump’s controversial handling of the Charlottesville protests Social Protection Minister Regina Doherty said the invitation should be rescinded in light of the “in strange times” we live in.

“I really believe,” she insisted, “if you don’t stand up for diversity and inclusiveness then you have to bear some of the responsibility for some of what is going on.”

But her opinion is not government policy; Varadkar’s predecessor, Enda Kenny, had been hosted by Trump on St Patrick’s Day and said at the time, “invitations are always returned, and returned in kind”.

As for the new Taoiseach, he'll be meeting Trump come what may.

“The invitation stands, and he has invited me to visit Washington DC in March for the traditional St Patrick’s Day meeting and I intend that to go ahead as well,” Varadkar said.

“Ireland and America have a long-standing relationship much greater than any President, any Taoiseach or any government at any particular time and it is important to we maintain that friendship.

“Also, true friends must be able to speak truth to each other and you can only do that by speaking to each other, not ignoring each other.”

Previously Varadkar had said that he “wouldn’t be keen” for the President to visit Ireland but had a change of heart when he became Taoiseach in June.

To rescind the invitation he told Dáil Éireann, “would be inappropriate and create a diplomatic incident”.

Regardless he added, “no progress has been made in organizing such a visit, for which there is no timeline.”

Trump had accepted an invite to visit Britain - where his mother was born - but reportedly lost interest after it became clear he would be greeted by large protests.

Similarly large demonstrations would be expected if he were to visit Ireland, meaning such a trip might never happen.

Have your say. Would you like to see President Trump visit Ireland?