Taoiseach Leo Varadkar a few months ago said he “wouldn’t be keen” for the President to come to Ireland - now he says the visit is still on the cards. 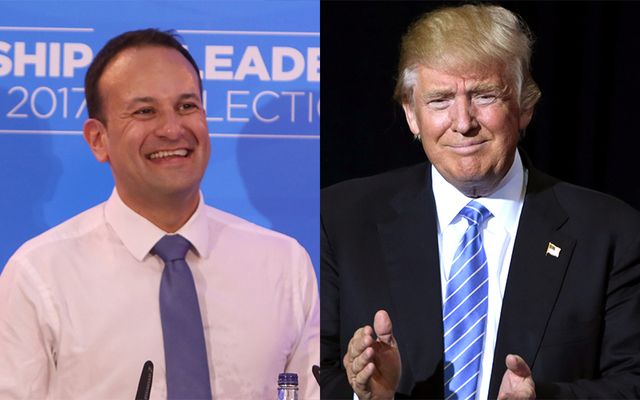 Ireland’s new Taoiseach (Prime Minister) Leo Varadkar has said a planned visit to Ireland by President Trump is still on the cards.

Varadkar’s predecessor, Enda Kenny, visited Trump in the White House in March and said that “invitations are always returned, and returned in kind”. At the time Varadkar said he “wouldn’t be keen” for the President to visit Ireland but speaking yesterday in Dáil Éireann (Parliament) he revealed a change of heart.

“There will be protests here if he comes and perhaps he might make the same decision not to come. It would be a deeply divisive moment because he stands for values against which we must protest. Will you take the lessons of history and stand up against tyranny and for all that is good in this patriotic country?”

The new Taoiseach, however, replied that, “I will not, of course, rescind that invitation. It would be inappropriate and create a diplomatic incident but no progress has been made in organizing such a visit, for which there is no timeline.”

He continued, “I will never shirk from raising issues such as climate change. I totally reject and oppose President Trump’s attempt to withdraw the United States from the commitments made in Paris. I will also raise our concerns about human and LGBT rights and other issues in America that very much oppose the values of the new European centre about which I talk.”

In May, President Trump embarked on a whirlwind tour of Saudi Arabia, Israel, Palestine, Italy, the Vatican and Belgium.

Trips to Germany and Poland have been pencilled in for next month and a state visit to Britain is being mulled over for the fall.