From January 2016 to April 2017, President Donald Trump reported $11 million in revenue from Doonbeg, the County Clare golf club he owns. 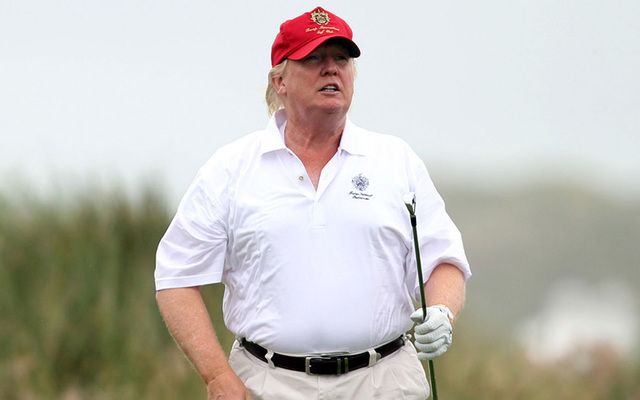 Trump on his course in Doonbeg Co. Clare. iStock

From January 2016 to April 2017, President Donald Trump reported $11 million in revenue from Doonbeg, the County Clare golf club he owns.

In his voluntary disclosure to the Office of Government Ethics, Trump reported $528 million in income from his business interests.

The numbers for Doonbeg show a significant increase from other filings of $10.7 million the previous 18 months, a longer period.

Based on the information, it seems Doonbeg may be one of his best-performing golf courses. During the campaign Trump described Doonbeg as "small potatoes", adding that he would let his kids "have fun with it".

"I bought it a number of years ago and during the downturn in Ireland I made a good investment. It is an incredible place," Trump said.

"We spent a lot of money on making it just perfect and now it's doing great. But I don't care about that stuff any more. It is like small potatoes, right."

He may be changing his mind, however. "I own a big property in Ireland, magnificent property called Doonbeg," he said when criticizing  EU bureaucracy in a joint interview with The Times and Bild.

"What happened is I went for an approval to do this massive, beautiful expansion - that was when I was a developer, now I couldn't care less about it ... but I learnt a lot because … they were using environmental tricks to stop a project from being built. I found it to be a very unpleasant experience.

"I don't think that's good for a country like Ireland.”

It is believed Trump was referring to the recent application he made to stop coastal erosion on the course by building a wall along the shore. The planning application was denied by the Co. Clare County Council amid concerns from local environmentalists that the wall could disrupt the Doonbeg environment.