POLL: Do you agree with O'Rourke and Biden - has Trump incited hate?

Do you think President Trump's rhetoric has emboldened white supremacists and incited hate in America? 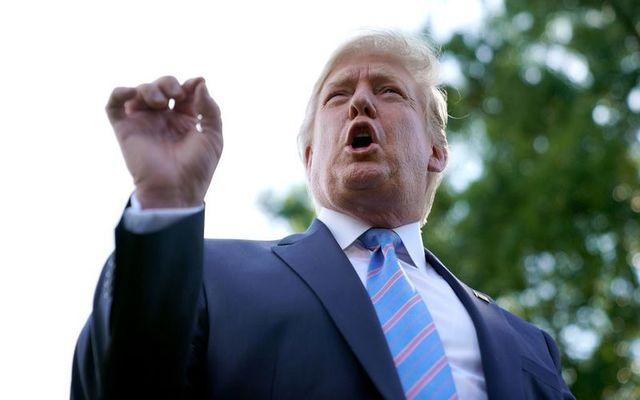 Do you think President Trump's rhetoric has emboldened white supremacists and incited hate in America?

In the wake of last weekend's mass shootings in El Paso, Texas and Dayton, Ohio, which killed 31 people, Democrats are calling on President Trump to denounce white supremacy and cease using rhetoric that incites hatred.

The El Paso shooter was in possession of a white nationalist, anti-immigrant, racist document that police believe he authored, which mirrored language that Trump has consistently used about a Hispanic immigrant "invasion" of the United States.

Beto O'Rourke, who is from El Paso, served on its City Council, and represented the region in Congress, spoke plainly when a reporter asked him what Trump could do to make the situation better:

“What do you think? You know the shit he’s been saying. He’s been calling Mexican immigrants rapists and criminals. I don’t know, like, members of the press, what the fuck? Hold on a second. You know, I — it’s these questions that you know the answers to,” he said, according to a CNN transcript of the exchange. “I mean, connect the dots about what he’s been doing in this country. He’s not tolerating racism, he’s promoting racism. He’s not tolerating violence, he’s inciting racism and violence in this country. So, um, you know, I just — I don’t know what kind of question that is.”

Two mass shootings left 29 people dead this weekend in the US.

Read More: Racist president does not know the streets of Baltimore

Former VP Joe Biden, another frontrunner for Democratic presidential candidate, called out Trump for using "the office of the presidency to encourage and embolden white supremacy," highlighting his use of "infestation" and "invasion" in reference to immigrants.

Let's be very clear. You use the office of the presidency to encourage and embolden white supremacy. You use words like "infestation" and "invasion" to talk about human beings. We won't truly speak with one voice against hatred until your voice is no longer in the White House. https://t.co/CW3wxxTm2E

Do you think Trump is inciting hatred and encouraging white supremacy? Have your say in the poll below.